According to the Institute for Building Efficiency, over 50% of the buildings that will still be in use by 2050 have already been built; and close to ¾ of these buildings are over 20 years old, before the principles of biophilic design were well understood, let alone widely applied. 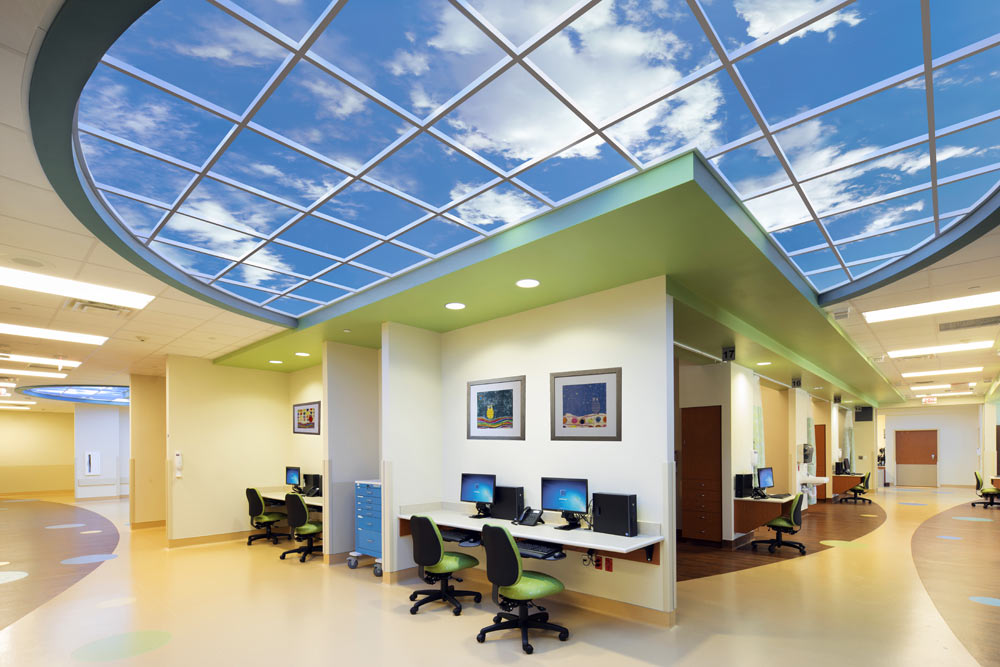 On a similar note, the European Buildings Performance Institute calculates that a substantial share of the 5 billion square meters of useful floor space in the EU 27, Switzerland and Norway, is older than 50 years, and many of the renovation projects take place in buildings over 200 years old.

This means that while green design and sustainable technologies are incorporated in new buildings, as well as in the renovation of older buildings, the pressing question is:

What solutions are available for billions of square meters of completely enclosed interiors that will be used for decades to come? What can we do to create sustainable interiors for long-term human occupancy in the majority of yesterday’s buildings that we already know are not optimal for human health and which will continue to be used tomorrow?

What is biophilic engagement?

In Part I, we discussed that biophilic illusions of nature represent an opportunity to immerse the patient in a deeper, much more healing and therapeutic experience than positive distraction has to offer. This deep experience is biophilic engagement. (Read Part I here)

Biophilic engagement is our innate response in natural environments; how our physiology reacts when we walk along the seashore, look out from a secluded bluff, or dip our toes in the currents of a wild river. In other words, when our senses are immersed in wild nature, because of our genetic proclivity, our familiarity and our sense of beauty, our attention draws us into a deep and refreshing experience of the nature around us. This is the experience of biophilic engagement.

That’s why people gravitate to the outdoors. In nature, our biometrics are different; when we are at ease, our physiology and psychology behaves differently.

A cardinal aspect of this dynamic is well known as the “relaxation response,” the opposite of the fight-or-flight response.

In contrast to “positive distraction” where the active mind is diverted, but remains active, the healing properties of biophilic engagement stem from its ability to settle the mind. A calm mind is the first step in settling the body given that mind and body are intimately connected and where one goes, the other will follow.

Biophilic engagement is able to elicit a deep psycho-physiological experience because the environmental cues used to assemble the illusion—vivid photographic detail, contrasting visual planes, fractal patterns, color temperature of light, and an array of directive compositional elements—closely mimic the environmental cues present when we lie on the ground under a tree and peer up at the open sky.

Biophilic engagement triggers an experience that is both deeply familiar to, and can be effortlessly reproduced in the observer because the cognitive puzzle it presents mirrors the “neurological complexity” we recognize in natural environments. We are genetically drawn to nature and consequently, it holds our attention without strain, soothing our psycho-physiology in a kind of environmental homeostasis.

The question then becomes: How can we elicit biophilic engagement in an enclosed environment?

Our innate, genetic-based need to affiliate with living systems, as first proposed by Edward O. Wilson in his Biophilia Hypothesis, provides the fertile ground necessary to leverage the biophilic properties of illusions of nature to confound our spatial perception, tricking the eye and the brain into experiencing open space through a realistic simulation of sky phenomena.

At The Sky Factory, we call this design framework Open Skies Image Technology™, the ability to capture, reproduce, and reassemble static or dynamic nature events like open skies in such a way that our spatial perception is engaged, lending our virtual skylights and windows an element of perceived depth and palpable expansion.

It is this artistic skill that accounts for the much deeper psycho-physiological response—no longer an affective or subjective response—but a more encompassing physiological response to the perceived change in enclosed environments. In other words, the observer not only perceives a change in the environment, the physiology reacts differently as well.

We become more relaxed in light of perceived surroundings that no longer feel confining or claustrophobic.

After a dozen or so years of noting these experiences from patients in reaction to biophilic illusions in multiple clinical environments, we decided to look into the neuroarchitecture of nature stimuli.

We partnered with Texas Tech University’s Neuroimaging Institute on a study that was not only published in the peer-reviewed academic journal Health Environments Research & Design, but also earned a Design & Health International Academy Award for the Best International Research Project of 2014. 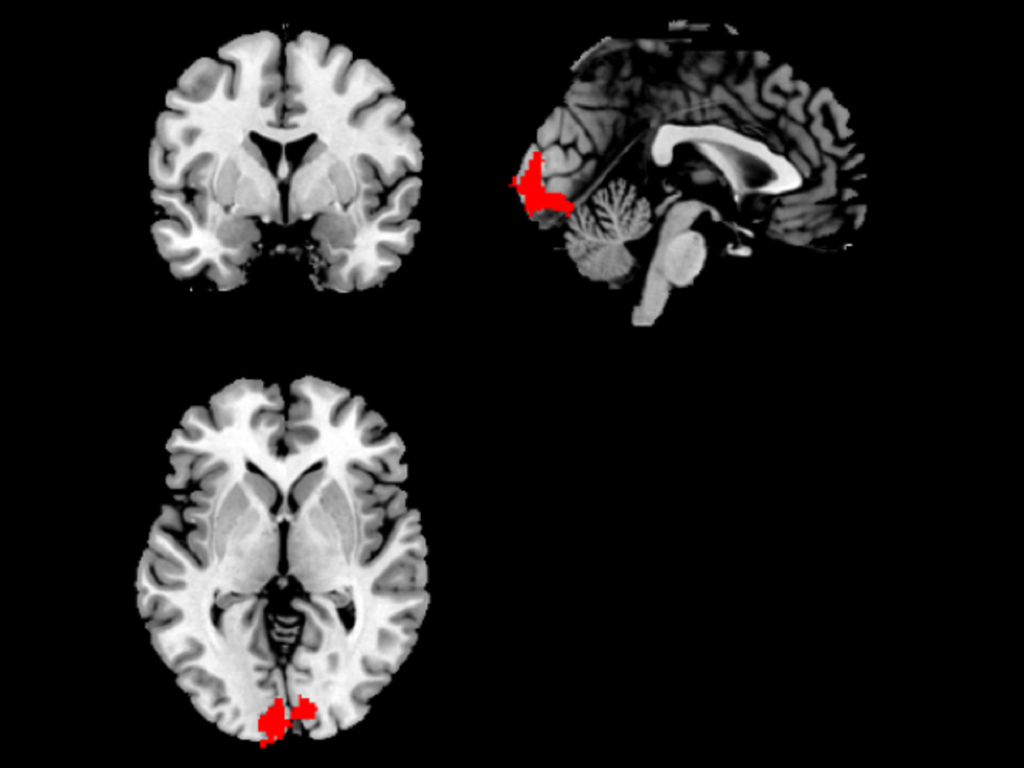 The neuroarchitecture of illusions of nature

The award-winning study, Neural Correlates of Nature Stimuli: an fMRI Study, revealed that Sky Factory’s open sky photographic compositions not only share the characteristic neural activations present in “positive” nature images—that is, the emotional response that nature art elicits when employed for positive distraction—but also uniquely engaged areas of the brain involved in spatial cognition. Of particular interest to the researchers were the activations found in the cerebellum as it is often associated with aspects of spatial cognition or the experience of extended space.

With a neurological understanding of the power of biophilic illusions to alter perceived space in enclosed interiors, healthcare spaces can leverage a research-based approach to mitigate the deleterious impact of isolated clinical environments.

Biophilic illusions not only offer the affective response associated with positive distraction nature art, but also expands and deepens the observer’s experience by adding a new dimensional element—spatial cognition.

This is why it is only a matter of time before the clinical benefits of biophilic engagement become the new standard—not only in healthcare—but in every deep plan building that requires long term sustainable interiors for human occupancy.

Interior visual stimuli with the unique spatial properties of biophilic illusions represents a game-changing strategy for everyone involved in the design of enclosed interiors, as well as anyone dealing with their deleterious effect on mind and body.

If there is a single organisation that knows just what it takes to create a low carbon office, the Singapore Green Building Council (SGBC) would be it. An Established Member of the World Green Building Council network, SGBC is an enabler of sustainability in the built environment represented by a distinctive public-private partnership that spans…