Breaking new ground is only possible by making changes. Initiating the process and successfully shaping change calls for boldness, determination and a new way of thinking from everyone involved.

This was the challenge that Philips DACH faced while planning the relocation of its headquarters in northern Hamburg, Germany.

A smooth transition from traditional to modern was the company’s main focus. In the previous 10 years, its headquarters was housed in two classic sixteen-floor office towers, with small individual offices in cubical form. In contrast, the new building provided an innovative, non-territorial office layout, comprising various open and multi-space solutions.

Innovations such as the desk-sharing model, which eliminates fixed workplaces and offers extensive open zones for interactive working, initially gave cause for reservations – especially regarding the acoustics and the possible lack of privacy for concentration.

Together with architect Kim Mark Bobsin (Seel Bobsin Partner) and partners such as Interface, Philips took on these challenges and designed an innovative, appealing and extremely modern working environment that has a positive effect on personal well-being and collaboration among employees. The design of individual floors with typical Hamburg themes in the new working environment also plays a key role in boosting employee identification.

“There is always a strong regional flavor at all Philips locations”, explains Kim Marc Bobsin. “We had a relatively large scope for freedom with the design”.

With its color scheme, furnishings and decorative accessories, each of the six floors reflects a landmark or local theme of the Hanseatic city. For instance, the first floor reflects “city on the water” where blue is the predominant color, and seagulls and traditional wicker beach chairs give it a nautical feel. 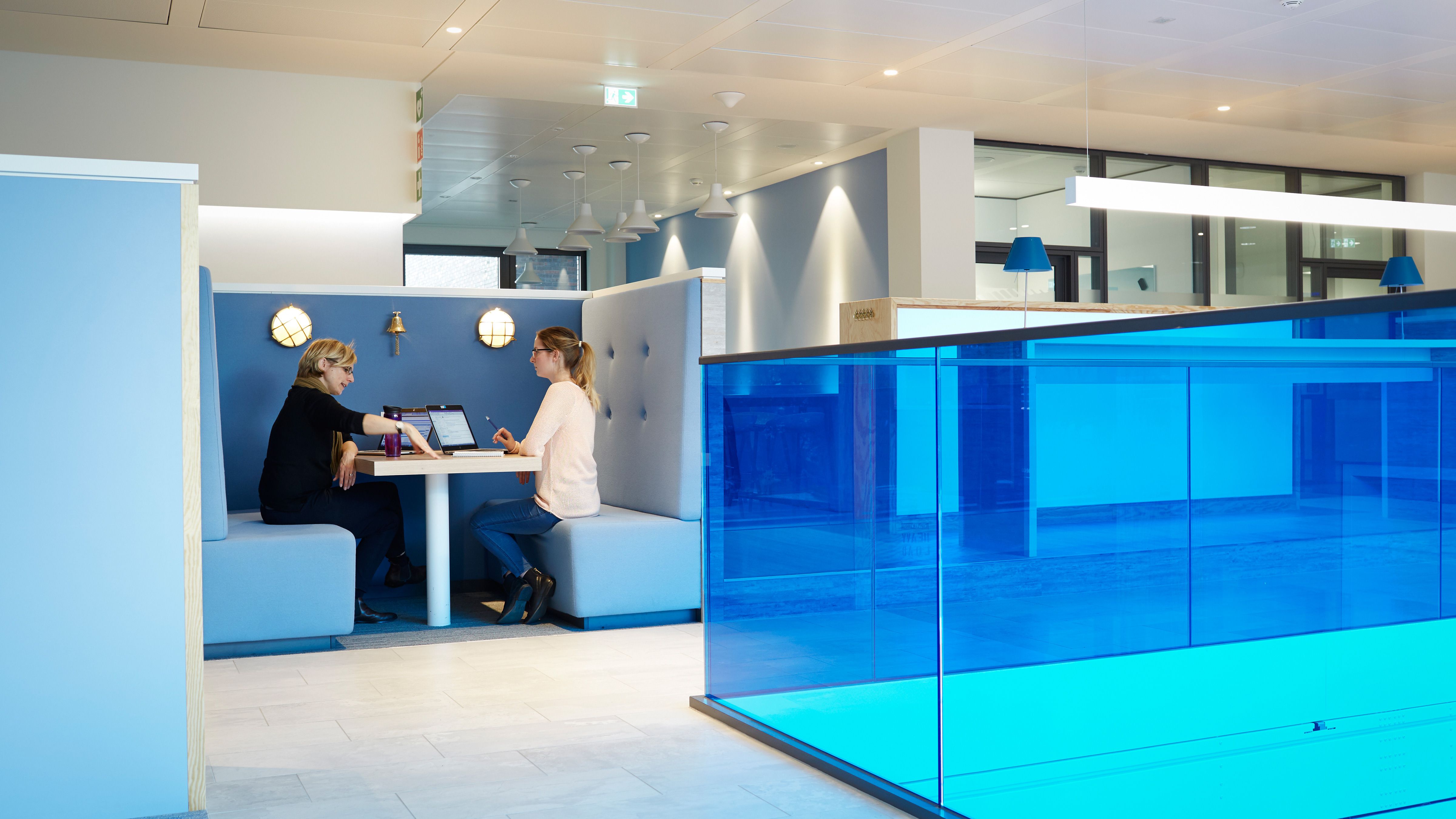 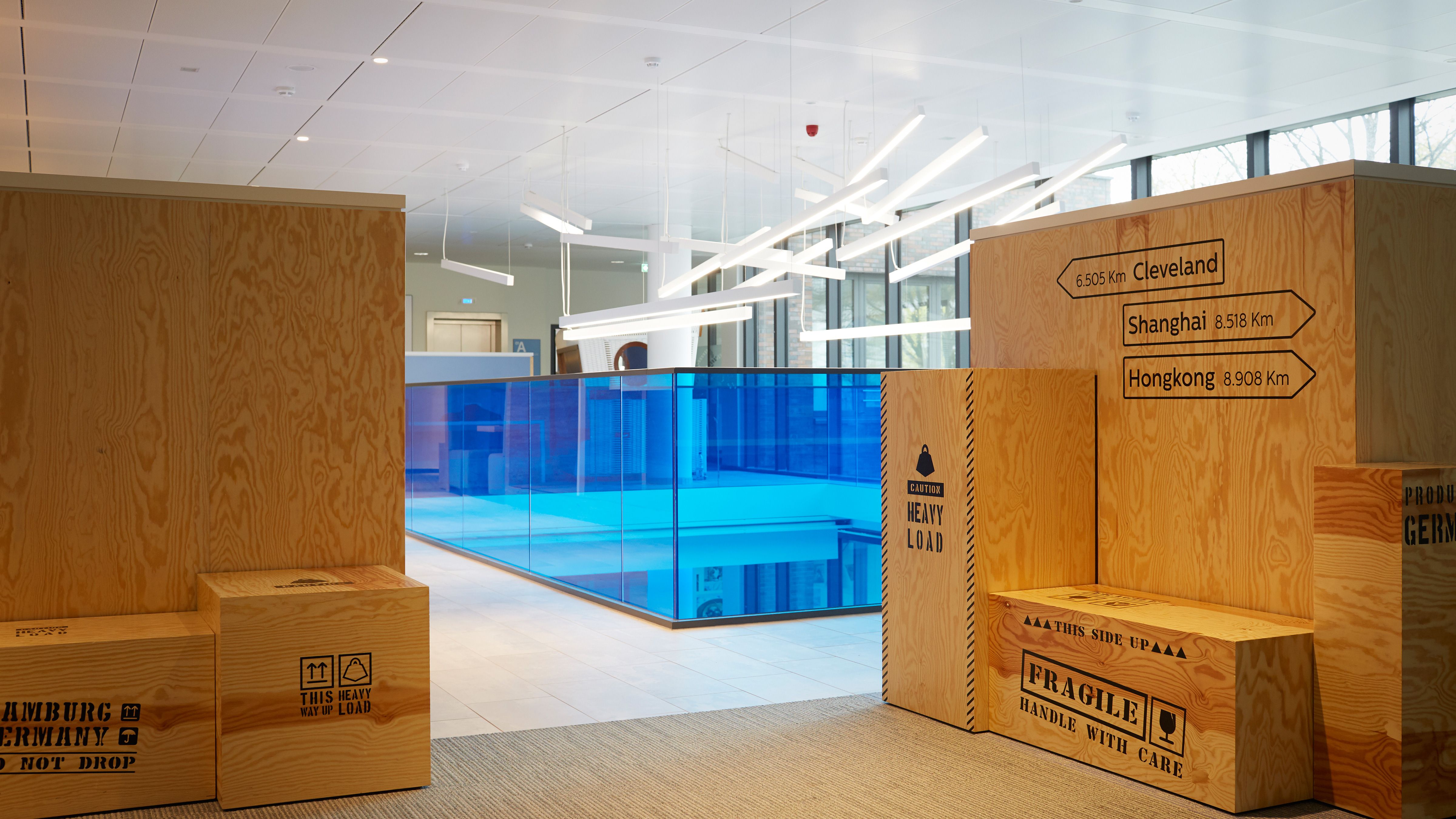 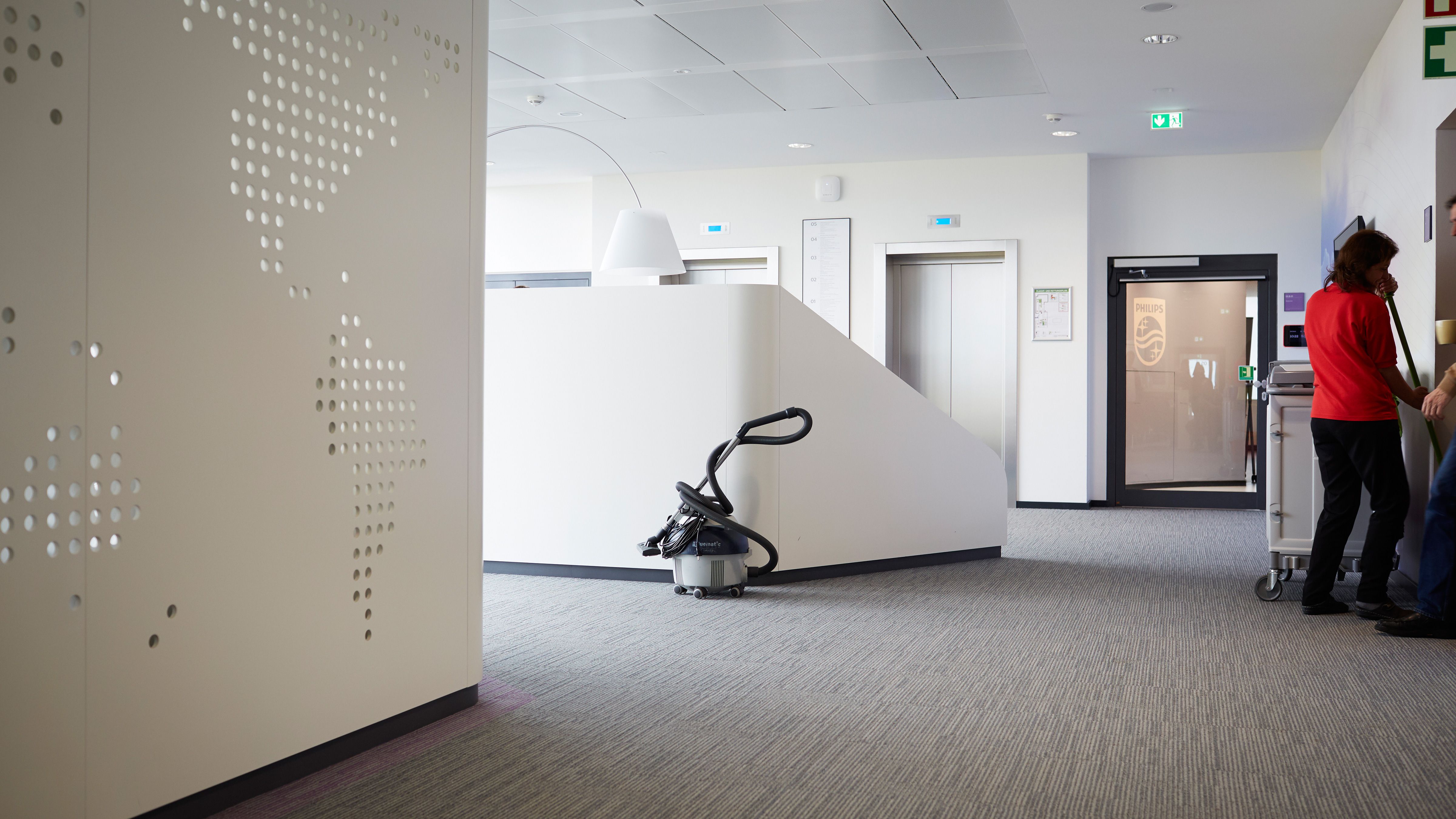 Other floors focus on cultural aspects of Hamburg, picking up themes like the Reeperbahn nightlife district or the city parks, providing places for team collaboration and at the same time offering relaxed, quiet zones – just like the city itself. The strong regional flavor also helps ensure the staff feel a connection to their new offices, because local landmarks in the new working space produce a familiar feeling.

Employee involvement was also important for the development process of the new office.  In total, 25 project groups actively participated in the planning phase of the new headquarters and contributed ideas and specific requirements for the new offices.

“The interest and involvement was enormous”, confirms Kim Marc Bobsin. “Lots of employees’ ideas were included in the design of what became known as breakout areas, located at the center of each T-shaped floorplan”.

Informational events and question & answer sessions provided transparency while the most up to date plans could be viewed at any time on a specially created website. The concerns and worries that arose in advance of the move could be allayed this way because their involvement in the change process gave the employees the ability to connect with the new space.

Modular flooring from Interface served as a basis for the design of the new open office concept. Here at Interface, we work to create +Positive spaces and believe that the design of a space should enhance the well-being, productivity and creativity of those using it. For Philips, this positive design is about creating a space that inspires employees by catering for many different ways of working and inhabiting the building. 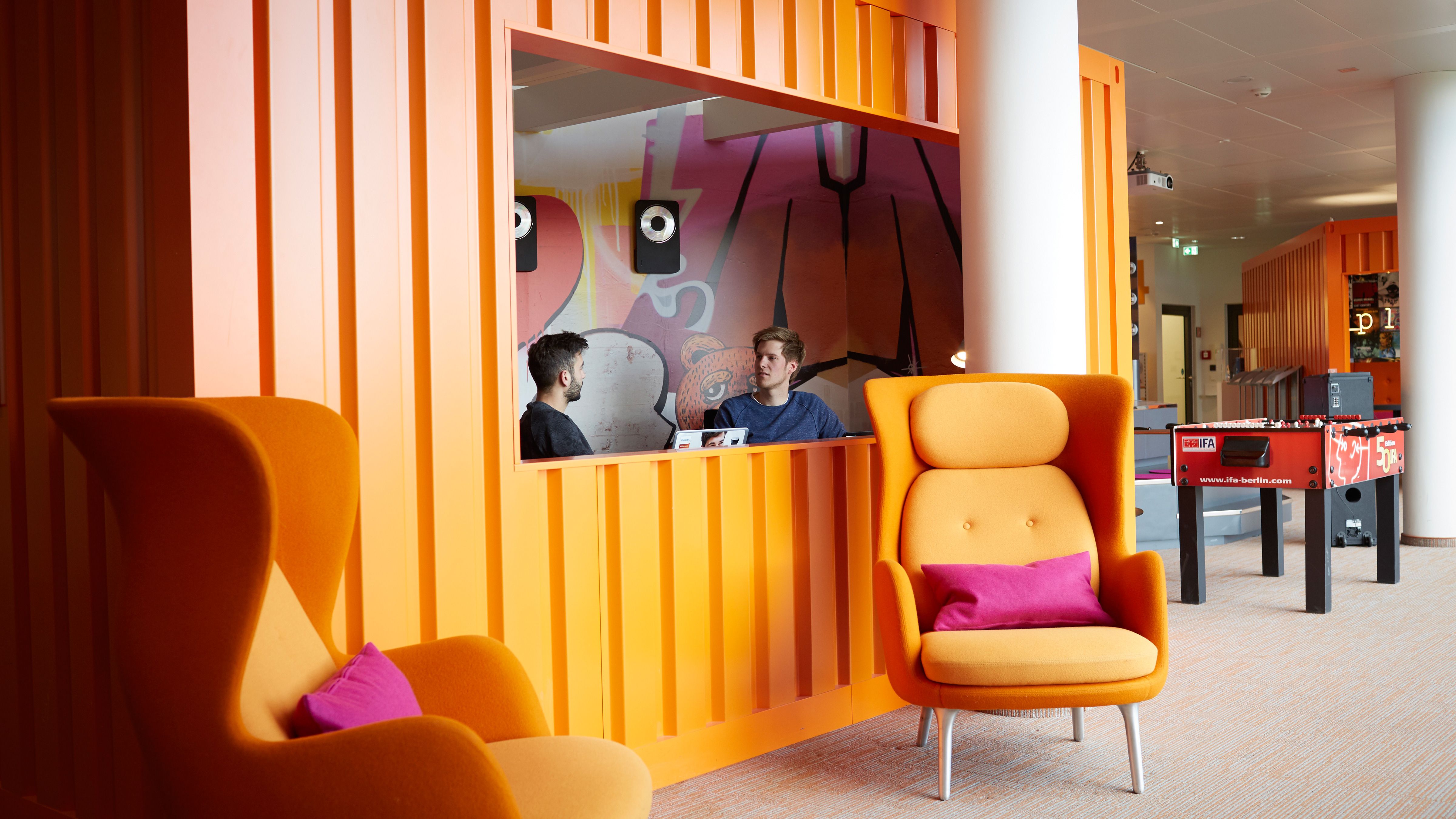 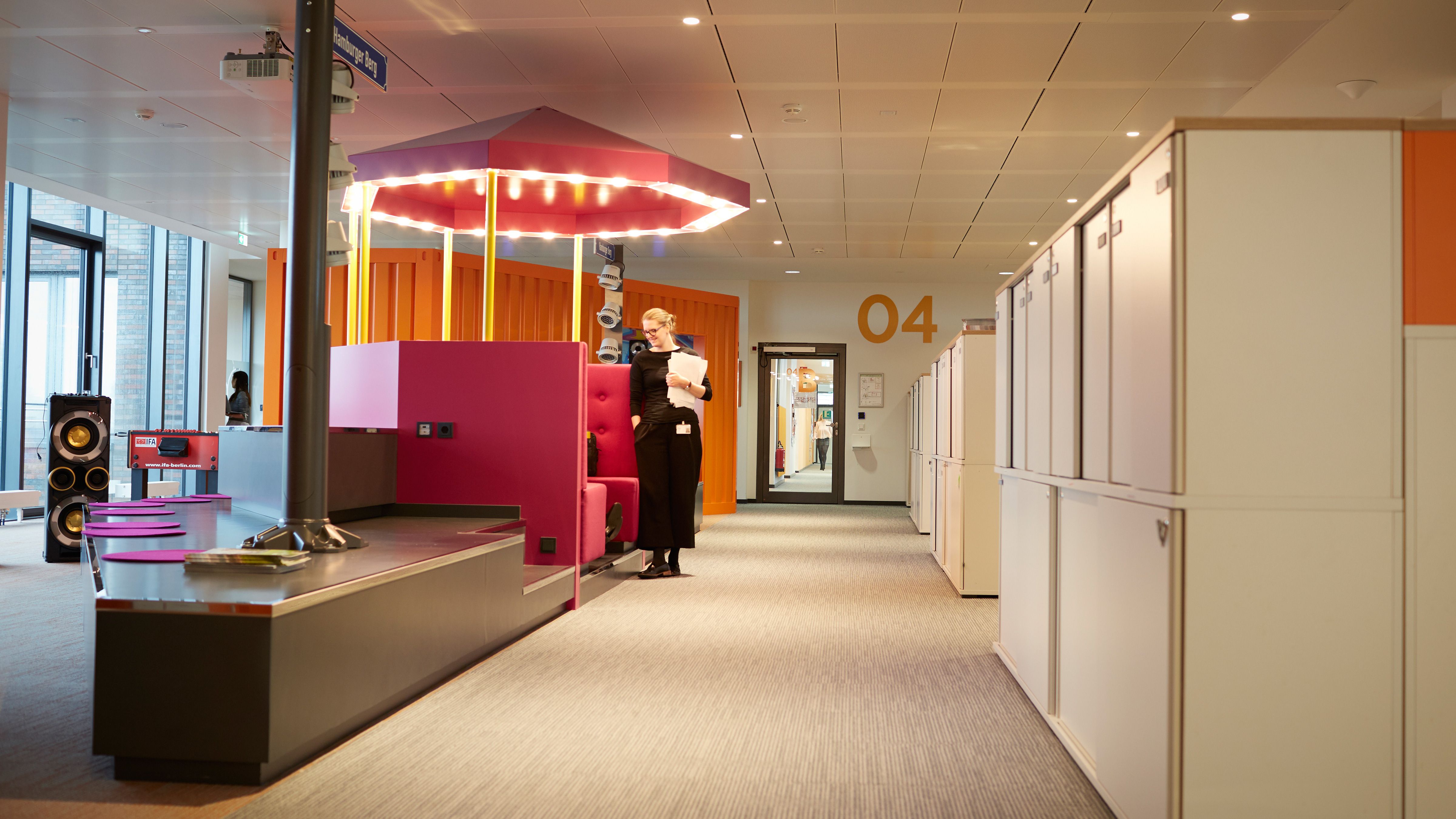 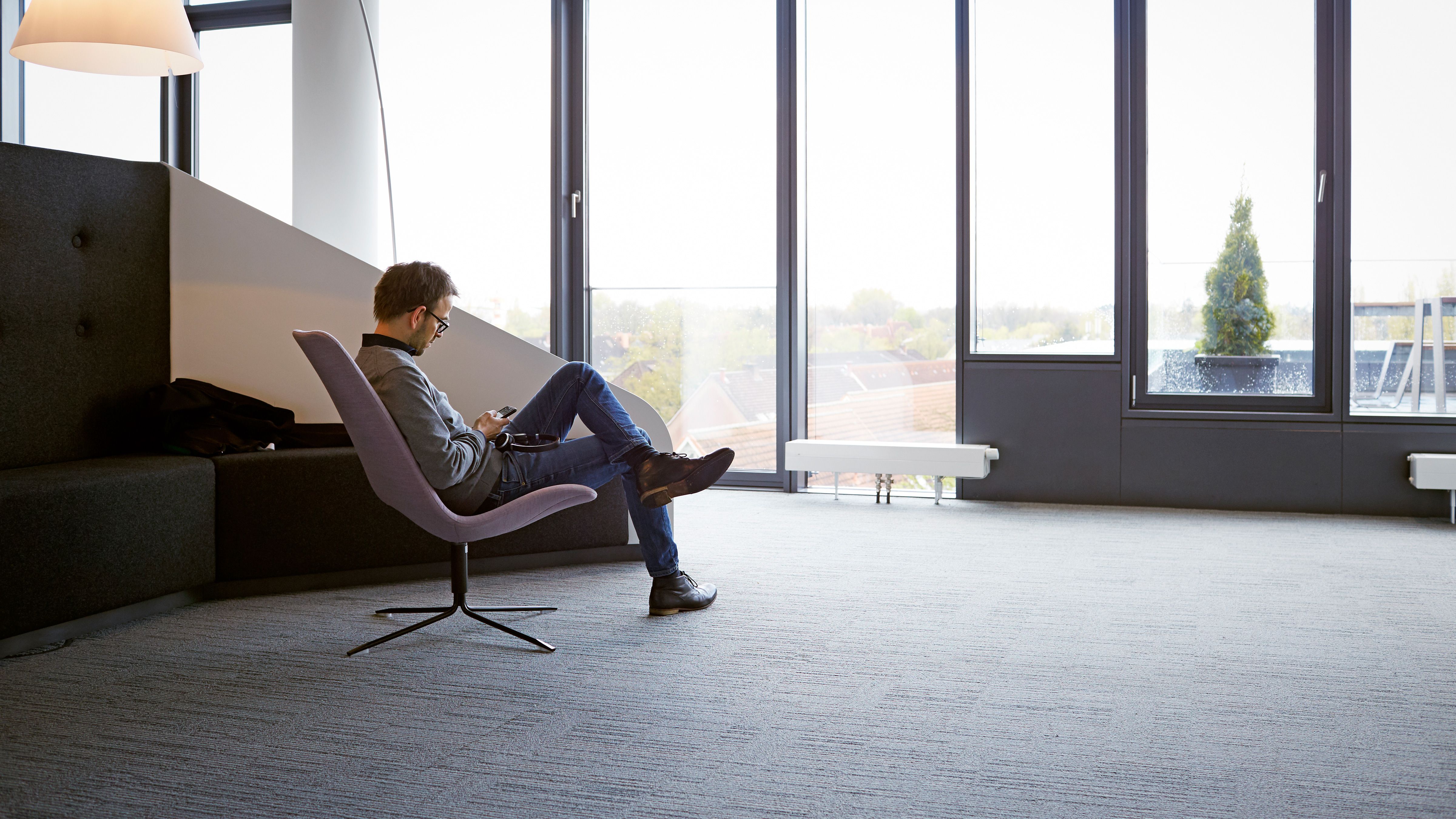 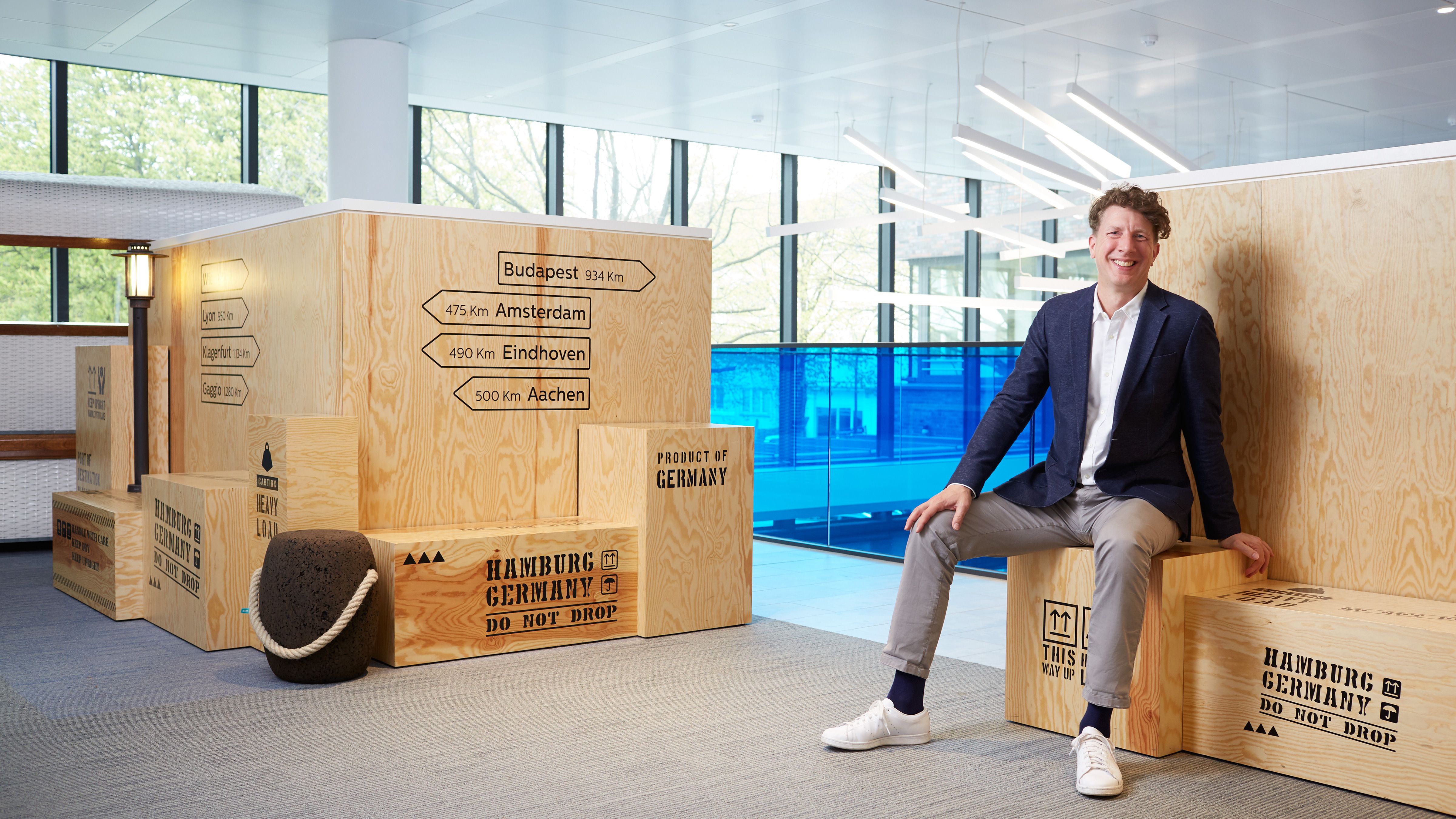 Interface’s Equilibrium carpet tiles were integrated into the underlying color scheme of each of the six levels by developing specific custom colors in a partnership between Philips and the Interface Concept Design team. The color scheme also simplifies orientation within the building. This subtle zoning promotes intuitive wayfinding, leading users through the building, indicating the purpose of individual areas and pointing out the places for retreat, such as the breakout areas.

Not only does the Interface flooring make a valuable contribution in terms of the overall design, but it also helps with the acoustics. Thanks to its excellent sound absorption properties and SONE® acoustic backing, Equilibrium satisfies the high acoustic demands of a multi-functional floorcovering, and its modularity enables flexible, adaptive design of office spaces.

Philips’ employees can now choose the ideal working conditions according to their project – whether in an open-space workplace, breakout area or more quiet meeting room.

The new Philips headquarters now boasts functional, innovative and inspiring spaces where employees are the focus. And thanks to its holistic design concept, takes a step towards the working world of the future.

As we design a new path forward, creating safe, hygienic, and well-maintained spaces will be a key priority for business leaders. By addressing the concerns and needs of space users as they return to a new working normal we can realign workplaces now, to enable teams to thrive tomorrow.