To state the obvious, 2017 was quite the unpredictable year. While sustainable business leaders and climate advocates knew there’d be inevitable changes with a new U.S. presidency, few could have anticipated just how volatile the past 12 months were. From the U.S. federal administration’s decision to withdraw from the Paris Accord to the Environmental Protection Agency’s (EPA) loosening of clean air regulations, climate change still remains hotly contested.

Yet, there are reasons to be inspired by what’s to come.

Climate leadership demonstrated by the business community is a key signal that we have entered a new age – one in which private industry leads on climate action, rather than depending on government only. At Interface, we remain committed to our conviction that business can create a climate fit for life.

Evaluating the year that was 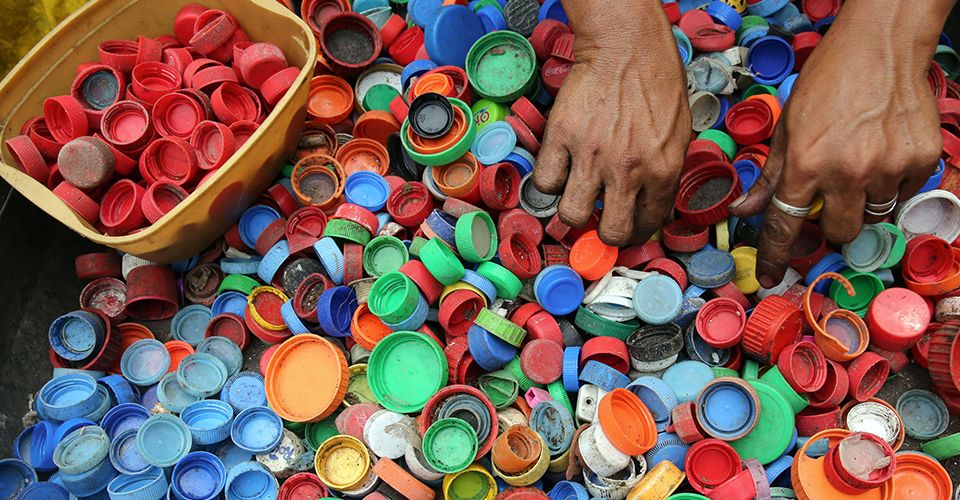 Dell and Lonely Whale’s partnership is bringing together companies to scale recycling and reuse of ocean-bound plastics.

Bold ambition from the private sector

We shared our plan for Climate Take Back at the Sustainable Brands conference. Interface’s Chief Sustainability Officer Erin Meezan issued a call-to-action to attendees to embolden their collective ambition to drive change.

Global beauty brand L’Oréal introduced ambitious 2020 goals to reduce its environmental footprint by 60 percent and source 100 percent of its raw materials from renewable sources. No small feat for the world’s biggest beauty brand!

Walmart launched Project Gigaton, a sustainability platform that supports and invites suppliers to eliminate 1 GT of greenhouse gas (GHG) emissions by 2030. This is an important programme, given that 90 percent of the company’s emissions come from its supply chain. Walmart’s move also marked the first time a business’ emissions-reduction strategy directly involves its supply chain.

Mars announced its Sustainable in a Generation Plan and an investment of $1 billion toward several priorities, including reducing GHG emissions across its value chain by 67 percent by 2050. That will require the global food company to address the emissions of 139 factories in 80 countries.

California Gov. Jerry Brown signed AB 1158, marking a big win for carpet recycling in the state. The law adds an important layer to the state program: distinct carpet recycling goals, a multi-stakeholder council and a requirement that all new state carpet purchases must include a certain amount of post-consumer recycled material. While the majority of the carpet industry opposed AB 1158 or took no action, Interface led the way and forged a coalition to support the legislation.

Private-nonprofit partnerships started activating the next-generation of problem-solvers through design. In partnership with Net Impact, Interface launched Drawdown: INNOVATE, a six-month, 15-city, student-led design competition that challenges students to use Paul Hawken’s Project Drawdown and ideate accessible, scalable solutions that address climate change. Interface will serve as an advisor and offer the winner a summer internship. 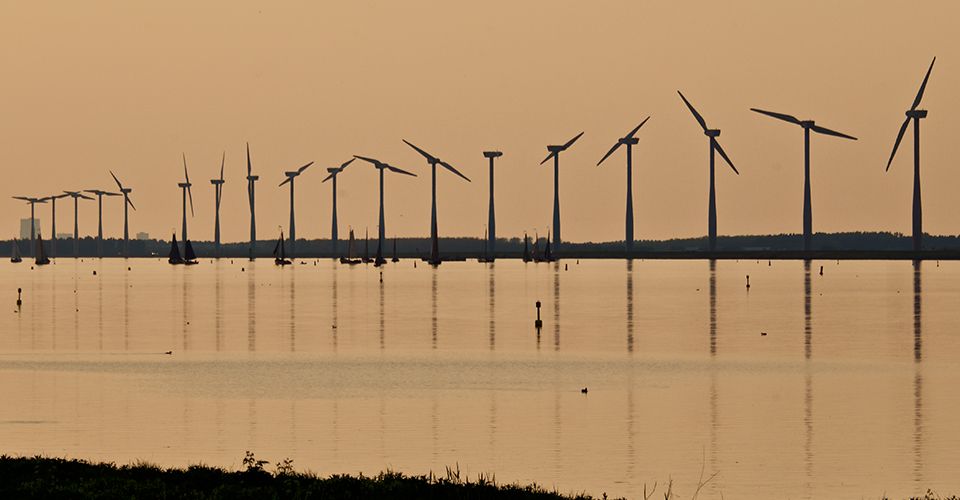 Interface CEO Jay Gould published a public letter reaffirming the company’s commitment to create a climate fit for life. “We know from our journey over the past 23 years that life-changing movements do not require governmental policies or mandates,” he wrote.

Over 2,500 leaders across the US economy joined the We Are Still In movement. This diverse group, including businesses, investors, cities, counties, states, tribes, universities and faith-based institutions, declared their continued support for the Paris Agreement.

Several CEOs, including Tesla CEO Elon Musk and Disney CEO Robert Iger, dropped out of their appointed seats on presidential advisory councils to demonstrate their disagreement with the White House’s decision and support for the Paris Accord.

At the recently concluded COP23, Bloomberg presented America’s Pledge, which “brings together private and public-sector leaders to ensure the U.S. remains a global leader in reducing emissions and delivers the country’s ambitious climate goals of the Paris Agreement.” The first phase of the initiative identifies ways non-federal actors substantially reducing emissions in the next few years and decades. Many others – as many as 1,200 companies – have asked for a carbon tax. Further, according to the World Bank, governments in 42 countries and more than 20 cities, states and provinces have already put a price on carbon or are intending to do so. This momentum on the local level is gaining traction across the globe.

We anticipate that these coalitions and groups of like-minded organisations will continue to grow as the market encourages investing in deeper, more systemic climate solutions. 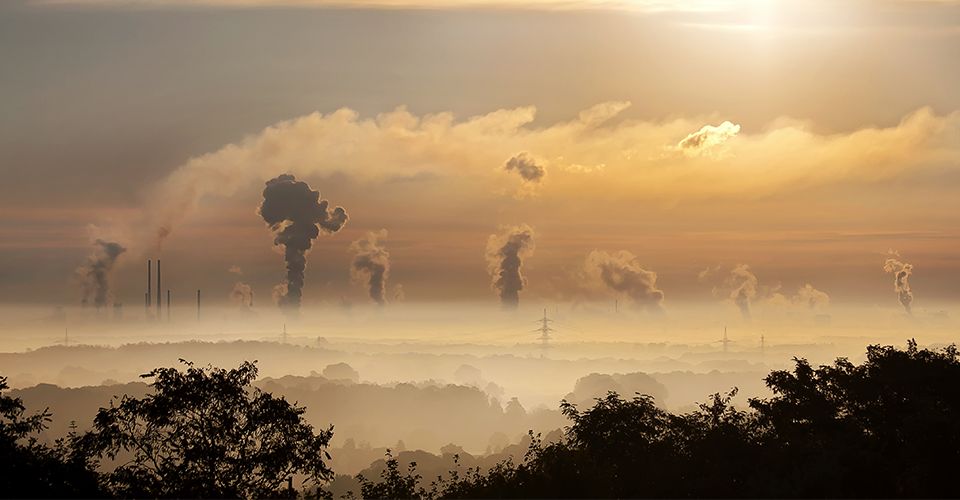 We anticipate that 2018 will see more companies, governments, and non-profits commit to climate solutions.

As for us, we’ve continued to make progress since launching our Proof Positive Tile, a first-of-its-kind prototype carbon negative carpet tile. Our new backing, CircuitBac Green, uses a bioplastic alternative to existing materials that stores more carbon than is emitted during its production. It marks the first step toward commercializing the Proof Positive tile. This latest innovation will accelerate Proof Positive’s entry into the marketplace while our R&D team continues to look for innovative ways to achieve a carbon negative product.

Spreading optimism – and the use of Climate Take Back

In 2018, Interface will continue to move forward with Climate Take Back, including a focus on shifting the mainstream dialogue on climate change from the pervasive doom and gloom to one fueled by solutions and a sense of optimism. For instance, we sponsored the Climate Optimist campaign at Climate Week NYC, to drive awareness and optimism. And, we are a funder and supporter of Project Drawdown and will continue working closely with the team to share Drawdown’s solutions-oriented message more broadly and internationally, including events as far away as Australia and as close by as Chicago this year.

The use of positive language has resonated with many and evoked thousands to take a more optimistic tone. And, thought leaders like John Elkington have told us they see the value and opportunity in our Climate Take Back framework. There is a movement building across many types of businesses, NGOs and experts as we all focus on the possibility of solving the problem of global warming. We will continue to share our learnings as we deploy Climate Take Back across our functions and departments. And, we hope that 2018 will bring many more industry leaders to use the framework to inform their own climate action plans.

What sustainability trends are you seeing and where do you think we are headed in 2018?

The whimsy of a Bureo Minnow skateboard, with the raised scales that pattern its deck and its fishtail back-end, belies the serious mission it serves. At the core of each Minnow is 30 square feet of recycled fishing net that otherwise may have found its way into the tons of plastic that litter our oceans. Bureo founders Kevin Ahearn,…

How Can We Design Mindful Offices?

How Can We Design Mindful Offices?

How can we design the mindful office? What would a mindful office look and feel like? An introduction to mindfulness We live and work in a world full of distracting pollution. With increased digital connectivity through access to emails, social media, the web’s encyclopedic repository of information and all the other distractions that are commonplace…