Northern Iloilo is Net-Works’ third hub in the Philippines and is made up of five local fishing villages – Loong, Tambaliza, Talotoan and Igbon in the Concepcion area, and Bay-ang in the Ajuy area. The hub has been up and running since mid-2015 and has so far collected 3,330 kg of discarded nets for recycling.

Net-Works empowers community-led conservation not only by providing the infrastructure and financial incentive for net collection, but also by enabling other marine conservation efforts. In Northern Iloilo, Net-Works is supporting communities in the management of marine protected areas (MPAs) and the rehabilitation of mangrove forests. Through being involved in net collection as well as MPA and mangrove management, community members develop an understanding of the connectedness of marine ecosystems and the importance of holistic marine conservation. 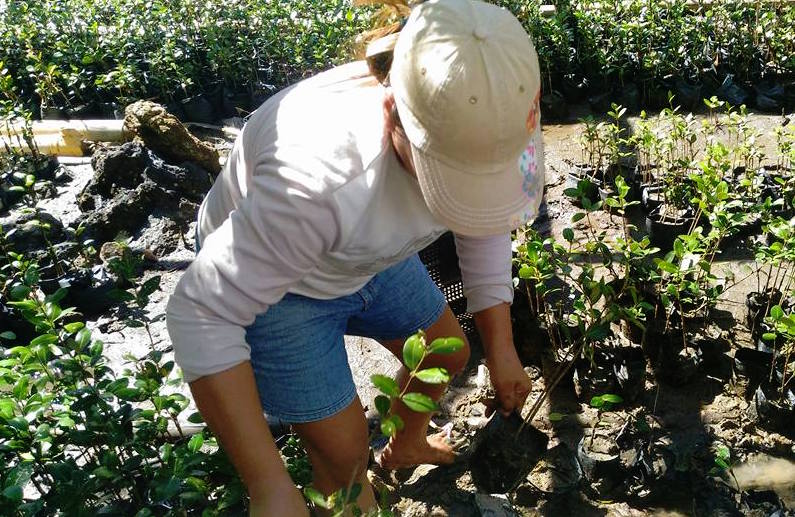 MPAs are protected areas of ocean where human activity, such as fishing, is restricted, so as to enable marine habitats to replenish, fish stocks to recover, and vulnerable species to be protected. Today, just 1% of the world’s ocean is protected, compared to 15% of land. This figure needs to increase to 30% of the ocean if we are to restore marine habitats and species to sustainable levels. Net-Works’ goal is to better protect over one billion square meters of the ocean by 2020. Every new MPA that a Net-Works’ community establishes brings us closer to that target.

Mangrove forests have an equally important role to play in marine ecosystems. Commonly found in tropical and subtropical regions, their intricate root system makes them a great place for fish to take shelter, grow and replenish. They are also very efficient at absorbing and storing carbon dioxide, helping to combat the effects of climate change. Crucially for coastal communities, they provide protection and reduce erosion from storm surges, waves and tides. This is essential in a country like the Philippines that is particularly vulnerable to natural disasters like super-Typhoon Haiyan, which wreaked havoc in 2013. 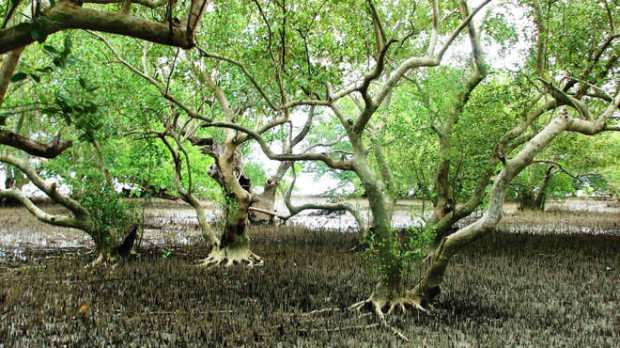 Working closely with local communities, the Net-Works team in Northern Iloilo facilitated a process to review and update existing MPA and mangrove management plans, with the aim of making them more comprehensive and robust. ZSL’s field biologists provided training to the communities on science-based techniques for establishing and maintaining mangrove forests. They also helped set up three “model” rehabilitation sites where the techniques can be put into practice.

Amado Blanco, Net-Works Philippines Project Manager for ZSL, describes the potential for expanding Net-Works to other local areas where it can enable community-led conservation work:

“Based on the success we’ve had in Concepcion and Ajuy, we are now exploring the possibility of linking with other existing local community conservation initiatives, run by the Darwin Initiative. The aim is to bring these communities into the Northern Iloilo net supply chain. By doing this we’ll be helping community members generate supplemental income that they can put towards their conservation work, which in turn helps make the whole thing more sustainable. It’s an immediate benefit for the communities and it’s protecting the ocean in the long run. That’s what is so great about the Net-Works model.”

Footnote: The Darwin initiative is a UK government grants scheme that helps to protect biodiversity and the natural environment through locally based projects worldwide. https://www.gov.uk/government/groups/the-darwin-initiative

I met the guy in the picture 6 years ago. His name is Emile. We met on the beach in his village, Londji – one of the most important fish markets on the south coast of Cameroon – near to the southern border of the Douala-Edea reserve. I had just arrived in Cameroon to support…

Northern Iloilo is Net-Works’ third hub in the Philippines and is made up of five local fishing villages – Loong, Tambaliza, Talotoan and Igbon in the Concepcion area, and Bay-ang in the Ajuy area. The hub has been up and running since mid-2015 and has so far collected 3,330 kg of discarded nets for recycling.…