I met the guy in the picture 6 years ago. His name is Emile. We met on the beach in his village, Londji – one of the most important fish markets on the south coast of Cameroon – near to the southern border of the Douala-Edea reserve. I had just arrived in Cameroon to support community development in coastal communities. Emile was getting over a health problem that had prevented him from working as a fisherman. He was involved in a government project to replant mangroves in the local area.

As we talked, Emile told me about his idea to bring fishers from the village together in a cooperative. He felt that it would help them to organise themselves better, support each other, and be able to invest money in things that would benefit them all, collectively. We also discussed our plan to bring sustainable tourism to the village, through a World Tourism Organization (UNWTO) programme for community-based tourism (ST-EP – Sustainable Tourism – Eradicating poverty), which was being developed in the region. At that time, the beaches in the village were dirty and few, if any, tourists passed by.

When I left Londji two years later, in 2013, some good progress had been made. The ST-EP project had delivered training in ecotourism and tour guiding and the beaches had been cleaned-up. We had created a local tourism circuit with all the activities that tourists could do in the village and its bay, produced a brochure highlighting the wonders of grilled fish and mangrove forests, and written about Londji on Trip Advisor. To manage local tourism initiatives, Emile had created an association called “Londji Ecotourism” which involved some of the fishermen as well as some of the women from the fish market.
For their part, the government, using funds from the project, had built a number of bandas – shelters on the beach for traders to work from, where they could sell grilled fish to tourists. 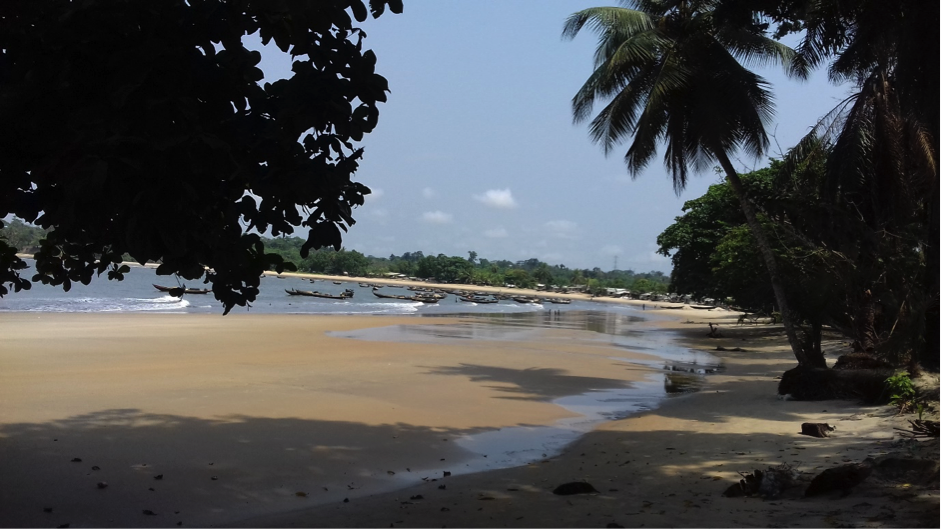 The beautiful beach at Londji

Arriving back to Londji in 2015, I could see that there were more tourists in town, some new bars had opened, and some of the women we had trained in food processing had established their own fish stalls. But, nobody was using the shiny new government bandas. Why? Because people didn’t feel ownership of them and there was no system in place for managing how they were used.

Soon afterwards, a vocational training fishing project arrived in the village. Thanks to the momentum from this project, Emile transformed Londji Ecotourism into a fisher’s cooperative, bringing together more than 45 fishers, who each contributed some money to get the cooperative going. Being a cooperative also made the fishers eligible for government subsidies and support. 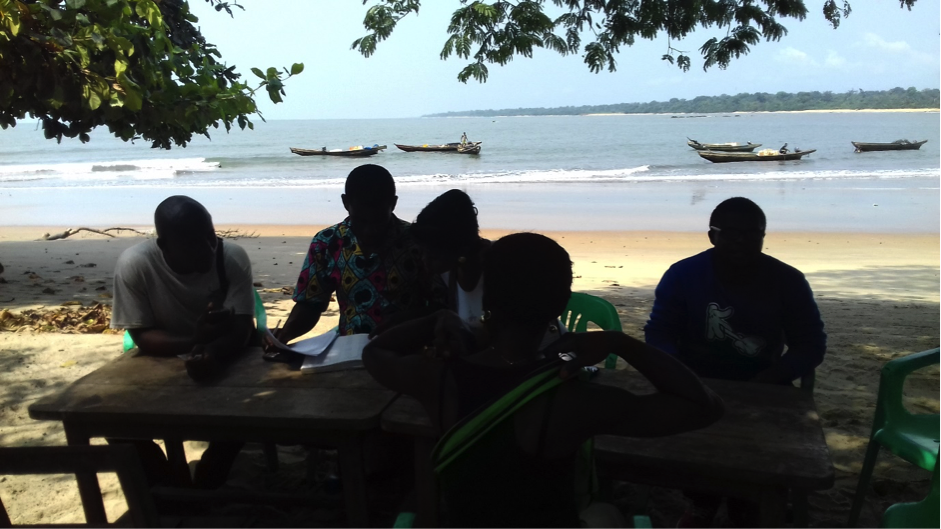 Fishers from the cooperative having a meeting

Bringing the fishers together, however, turned out to be the easy part. Proving the value of the cooperative was more difficult.

This is where Net-Works came in.

In 2016, ZSL, with the support of the Darwin Initiative, Interface and the ERM Foundation, brought Net-Works to Londji. The Net-Works team set up a community bank (or VSLA – Village Savings and Loan Associations – as we call them locally) to enable the fisher cooperative to manage their money and to establish a regular mechanism for loans and savings. The team also introduced the idea of net collection, explaining how the fishers could earn a small amount of money by gathering up and selling used fishing nets, which would be recycled into yarn to make carpet tile.

After a few community bank meetings, the group noticed how much simpler it was to manage funds, and how much more productive and easy loans were, compared to their previous traditional system. They also liked the extra money that came in through net collection.

Fast forward a few months and the cooperative had made their first investment: a freezer to produce ice that could be sold in the market to conserve fish. They had also collected 1,000 Kg of nets, becoming the best-performing Net-Works community in Cameroon. And they had a clear system for managing the rental of the bandas and sharing any profits generated. 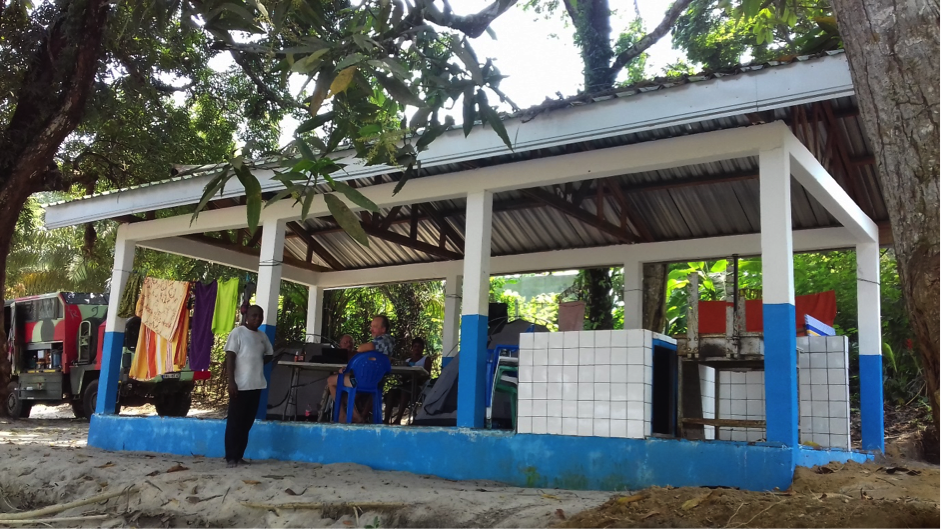 The banda on Londji beach.

It’s been a very positive journey so far. What started out as a group of fishermen deciding to formalize how they manage their money has evolved, with the help of Net-Works, into a locally owned enterprise. Today, the cooperative has a cash box where net payments, rental payments, and money from ice sales all accumulate as common capital.

Net-Works has also helped the community to organize themselves and has given them a sense of empowerment and ambition to push things forward. Their latest plan is to upgrade one of the bandas to a campsite, which will help attract more sustainable tourism to the area. The road Emile is so proudly standing next to in the photo at the top of this page, is the road that leads to this future campsite.

Where will the money come from to develop the campsite? You guessed it: net sales. 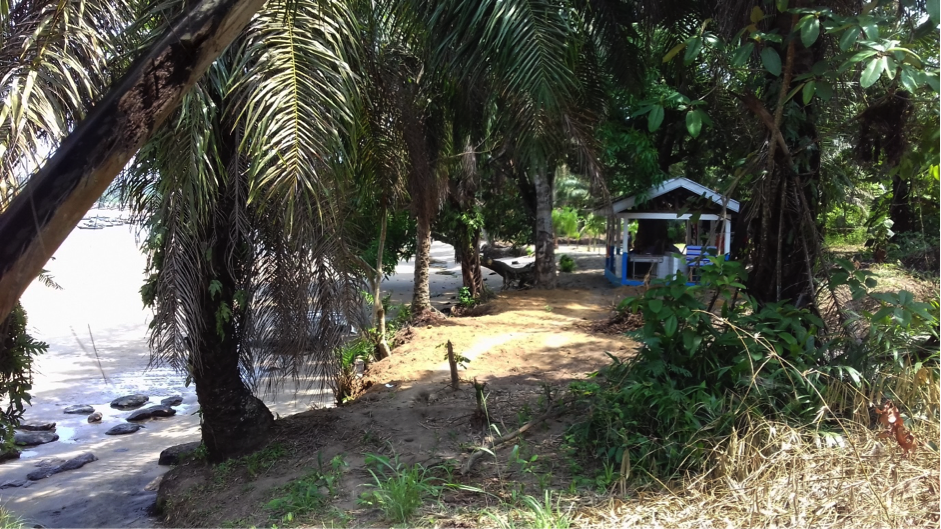 The banda, which will soon become a campsite.

Diversifying Community Livelihoods With Seaweed Farms in the Philippines

Diversifying Community Livelihoods With Seaweed Farms in the Philippines

As part of Net-Works, we’re helping communities find ways to diversify their livelihoods in order to avoid total reliance on fishing. The process of cultivating and harvesting seaweed has developed in the Philippines and throughout Asia as an accessible alternative for fishing communities. Eucheuma, a red sea-plant native to Philippine marine waters, has been described…

Northern Iloilo is Net-Works’ third hub in the Philippines and is made up of five local fishing villages – Loong, Tambaliza, Talotoan and Igbon in the Concepcion area, and Bay-ang in the Ajuy area. The hub has been up and running since mid-2015 and has so far collected 3,330 kg of discarded nets for recycling.…