According to the UN by 2050 nearly 70% of the world’s population will be living in urban areas, there will be more cities and more mega-cities. As our contact with rural landscapes decreases our alienation from greenery and living elements will increase unless we green the urban environment and the spaces in which we live. Scientists have demonstrated that our health and wellbeing is improved by access to nature, making us more resilient to the day-to-day stresses and pollutants of the urban environment. It is therefore no surprise that architects considering the future city are incorporating Biophilic elements in their building designs.

With this in mind we wanted to share three great examples of current biophilic urban housing schemes: 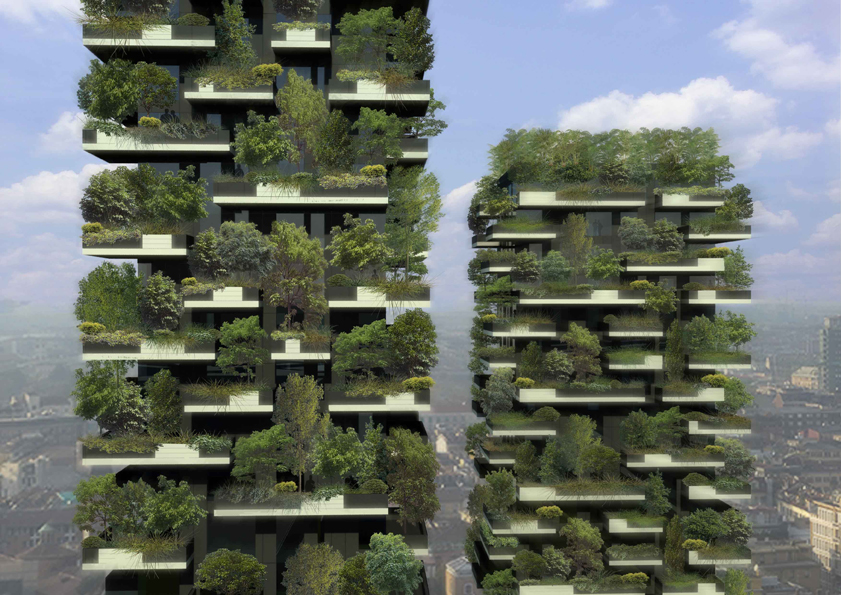 Boscoe Verticale, which translates as Vertical Forest is made up of two high rise buildings in Milan. In 2014 they won the International Highrise Award in 2014 and Boscoe Verticale was described by the judges as ‘a project that blazes the trail for greened high rises and can be considered a prototype for the cities of tomorrow’. Staggered balconies hug the buildings and contain gardens that create shelter, privacy and contact with nature above the city. Designed by Boeri Studio who calls it a ‘model for sustainable residential building… that contributes to the regeneration of the environment and urban biodiversity without the implication of expanding the city upon the territory.’ 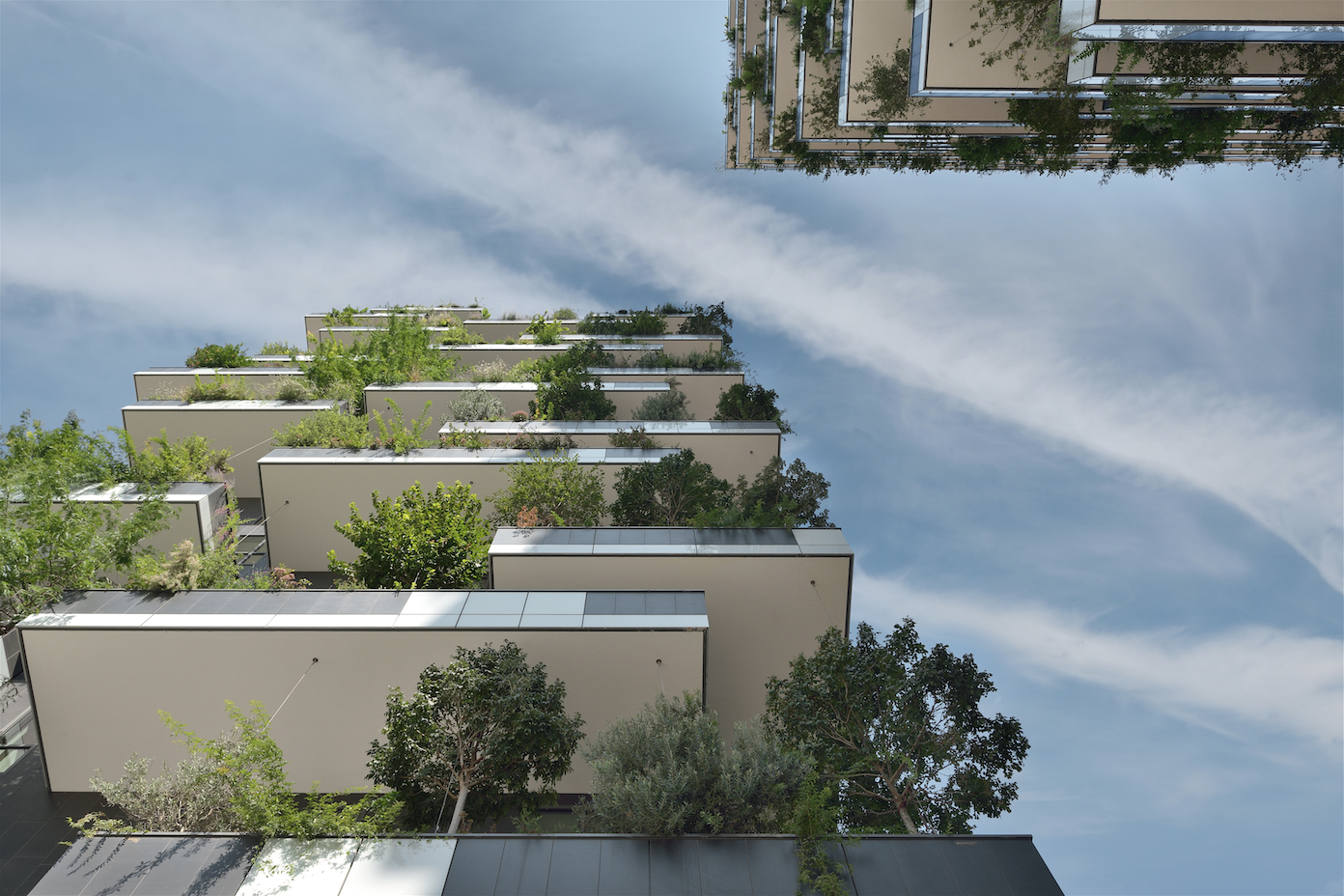 Sydney, designed by Ateliers Jean Nouvel was named best tall building in the world by the Council on Tall Buildings and Urban Habitat, whilst gaining a five-star green star by the Green Building Council Australia. The north and east faces of both towers are wrapped in vertical gardens of indigenous and exotic plants as designed by artist Patrick Blanc. There are also balconies which offer terraced gardens to the apartment occupants and cantilevered heliostat mirrors which reflect natural light down onto the buildings gardens between the towers. 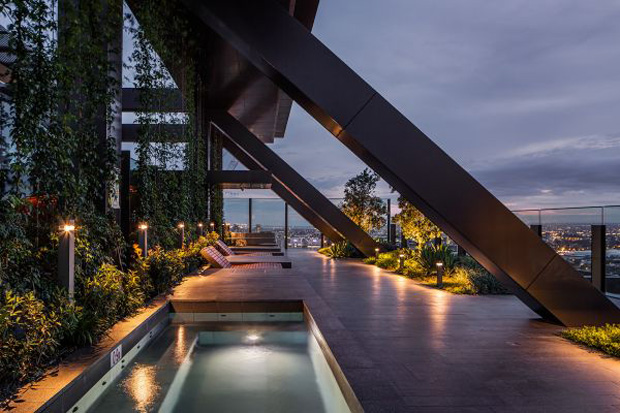 At a smaller scale 25 Verde designed by Luciano Pia is a five floor apartments block in Turin, Italy. The development looks like a tree-house due to the bio-morphic steel columns (shaped like trees) that offer support to the larch wood clad irregularly shaped residential apartments. Terraces protrude from the building at different heights and provide platforms for a variety of trees and trailing plants. With more trees planted in the inner courtyard garden, the building boasts the ability to absorb nearly 200,000 litres of carbon dioxide/hour due the 150 trees that are incorporated in the building. 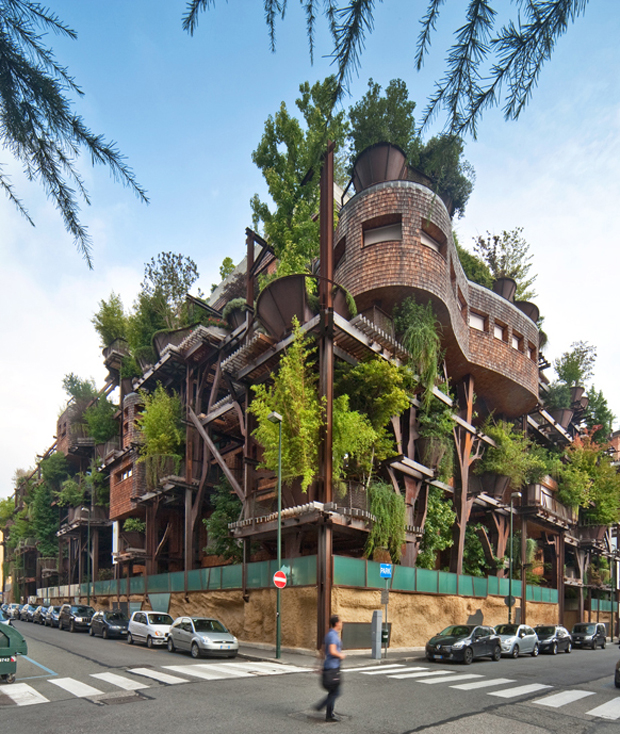 From apartment blocks to high rises Biophilic design can make a difference to the mental and physical health of its occupants and therefore the desirability and value of urban multiple occupancy housing. According to Terrapin Bright Green’s report on ‘The Economics of Biophilia’ domestic violence is 25% less prevalent in greener housing developments and one report found 52% fewer felonies took place in greener buildings whilst housing with excellent landscaping is valued at 4-5% higher than the equivalent housing with poor landscaping.

Have you seen any exciting examples of multiple urban housing that connects its occupants with nature? Have you added biophilic elements to your own urban housing? We’d love to see examples of how.

In this blog series we’re catching up with our fantastic sustainability managers to give you a chance to get to know them and find out more about their work at Interface. Here, we meet Ruth Prinzmeier, Sustainability Manager in the DACH region (Germany, Austria and Switzerland). Hi Ruth, tell us about your role at Interface.  …

As students and staff return to in-person learning, there’s never been a better time for universities to make sure campuses are best supporting those who use them. Having become used to home comforts, students’ expectations of learning spaces have altered. We know they are now looking for warm, welcoming spaces that help to alleviate anxieties and provide comfort, while also sparking creativity and encouraging collaboration.