Sustainable flooring manufacturer, Interface, and The Zoological Society of London (ZSL) share a commitment to improving the natural environment and creating a climate-conscious world. Their partnership began in 2012 through Net-Works® which was set up to tackle the environmental problem of discarded fishing nets in some of the world’s poorest coastal communities. So, when it came to the ZSL’s latest project, its new aquarium at Whipsnade Zoo, Interface was the perfect choice.

The aquarium is the first in the UK dedicated to conserving the world’s most interesting and endangered freshwater fish. The ZSL wanted to create a space which would take visitors on an interactive journey, inspiring and educating people on freshwater fish and near extinct species. From flooded forests to dark underwater caves, the Interface Concept Design team helped reimagine the aquarium’s flooring design to build an immersive experience.

Interface Concept Team Leader UKIME, Laura Light, said “On entering the aquarium, we needed to capture the visitors’ imagination, making them feel as though they were about to embark on an underwater adventure. To get the look and feel just right, we spent a lot of time in creative meetings ensuring we produced the perfect colour palette, using deep blues and aqua marine to create the desired atmosphere and highlight fundamental features in the aquarium. Fitting the carpet around the curvy tanks and features meant it had to be cut into very specific angles.” 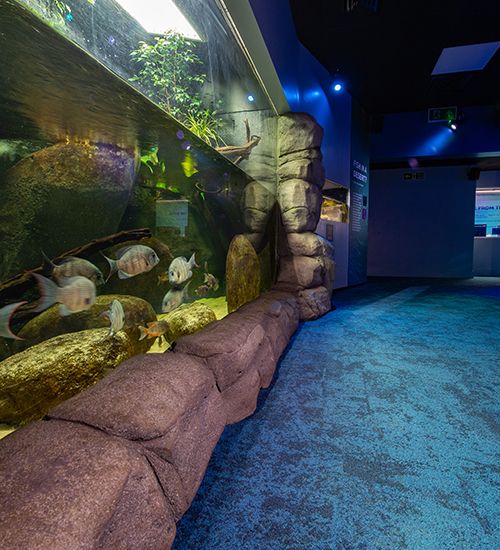 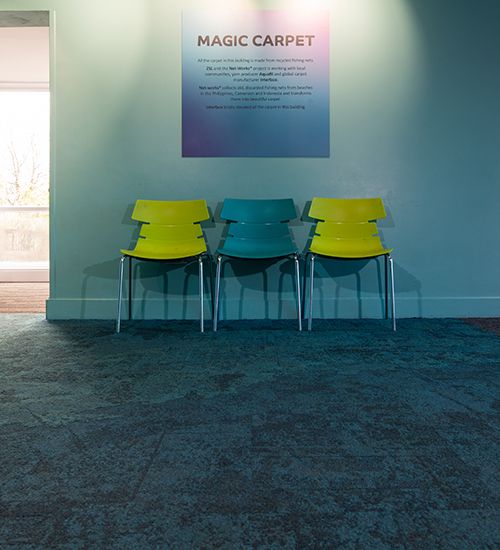 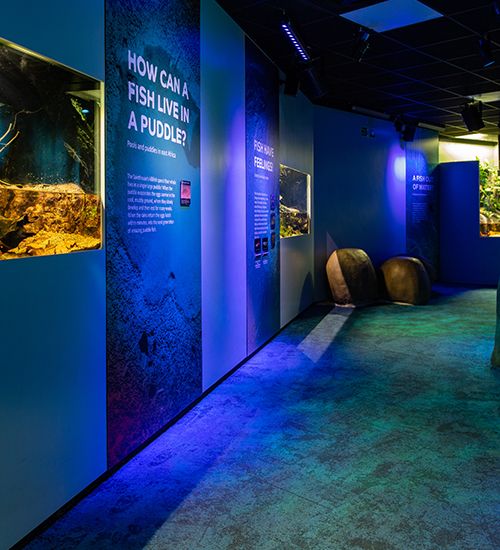 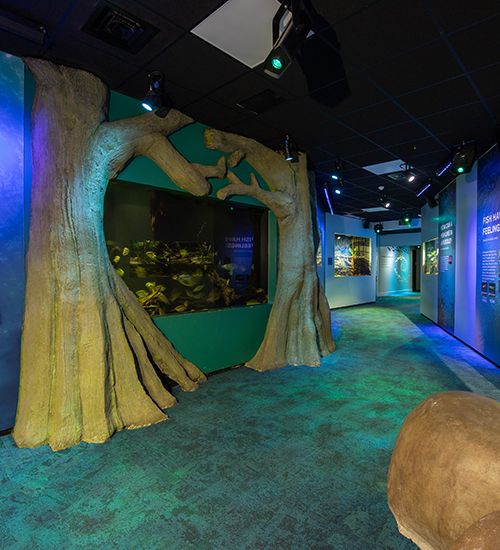 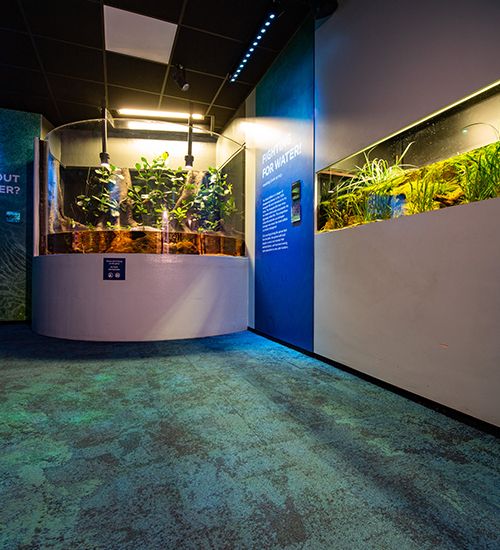 To achieve the desired effect, the team opted to use Net Effect in Atlantic. To complement the blue palette and introduce grey tones, Barricade One in Grey was also integrated across the aquarium. Not only does the collection complement the aesthetic, the Barricade range protects the floor from dirt, reducing maintenance costs, and extending the lifetime of the flooring in spaces with high footfall. It also improves indoor air quality by trapping fine dust particles improving the experience for visitors.

Sandra Crewe, Head of Corporate Partnerships, ZSL, said: “Flooring is an integral part of the design, and along with the lighting and music really helps elevate the atmosphere of the aquarium. We’ve managed to create a space which not only tells a story factually but also aesthetically with the Net-Works initiative. We couldn’t be happier with the overall look and feel of the aquarium and we’d like to thank Interface for making our vision a reality.”

What Does Designing for Distance Look Like in Schools?

What Does Designing for Distance Look Like in Schools?

Much of the public health guidance for reopening schools and focuses on updated cleaning protocols and changing student and staff behaviours. But knowing how much the built environment can impact student outcomes, we should be giving equal consideration to our facilities.