The Role of Landscape Architecture in Creating Biophilic Environments

There is a noticeable bias towards architecture and a deficit in acknowledging the varied applications of biophilic design in landscape architecture.

It is easy to understand why, however, when we spend up to 90% of our time indoors, away from nature. But landscape itself has a role to play, and exploring these applications further could enhance the general public’s understanding of biophilic design.

Landscape, whether urban or rural, is the medium through which we move, from space to space, building to building. The experience of the journey between these spaces and buildings is crucial to their success. 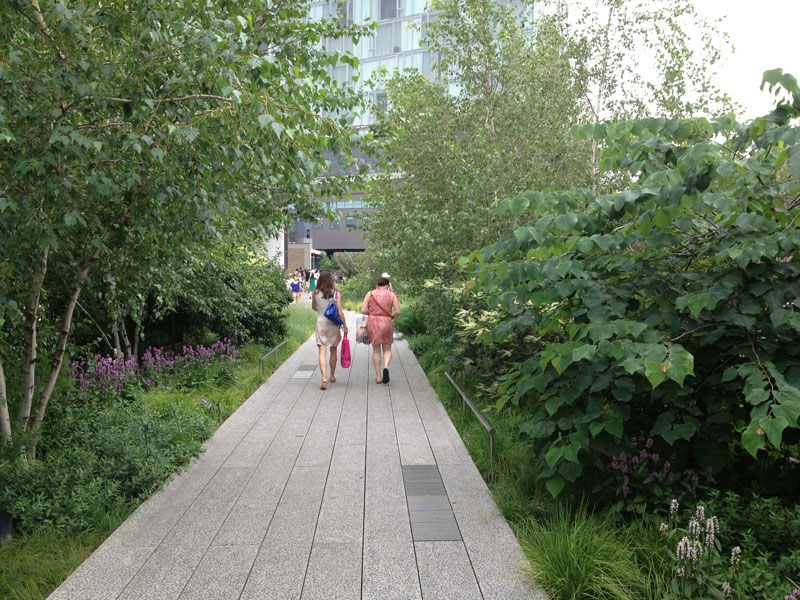 Landscape architects are well versed in creating spaces that facilitate movement and have intuitively been implementing patterns of biophilic design in their work, such as prospect, refuge and mystery. These patterns are vital for drawing users into a space, through a space, to a destination, while also making them feel safe and in control. These patterns can be seen in the literature of Jacobs, Gehl, Sussman and Hollander. By making our landscapes more biophilic, they will be perceived as safer, comfortable and more enticing. 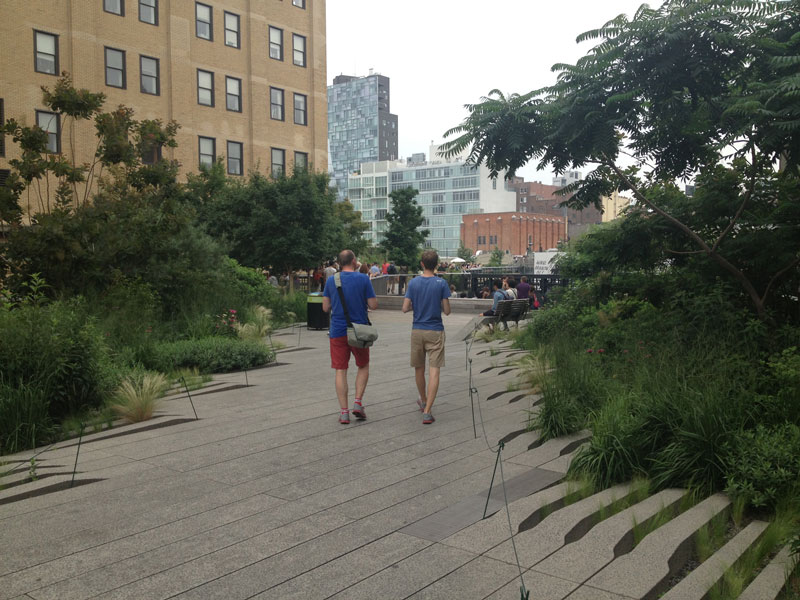 A designer may accommodate external views through nearby windows for occupants to create a biophilic environment, but landscape architects play a vital role in creating those same views. These views to nature also illicit stronger responses in occupants than natural analogues do, which are used to a large degree in interior settings, as our brains can tell the difference between representational and ‘actual’ nature. So in practice, landscape architecture has a role to play in creating biophilic environments inside and out.

A network of micro-restorative spaces

In a wider urban context, landscape can bring biophilic environments to a wider population, enhancing health and well-being on a larger scale. While land and space within urban areas is in short supply and at a premium, biophilic design doesn’t require large amounts of space.

In fact, according to a study by Richard A Fuller (et al) in 2007, psychological benefits of green space had a stronger increase with higher levels of biodiversity, than an increase in green space area. Added to this, the process of ‘restoration’, that occurs from interacting with natural environments, is accumulative. So multiple, micro-restorative spaces or pocket parks could provide psychological restoration for an urban population. Such spaces could be integrated into larger green infrastructure strategies for cities.

It goes without saying, we need biophilic environments inside and out.