Geometry is an integral part of design from start to finish.

Just think about it. Architects use geometry to study and divide space as well as draft detailed building plans. Builders and engineers rely on geometric principles to create structures safely. Designers apply geometry (along with color and scale) to make the aesthetically pleasing spaces inside. Applying geometry in design is unavoidable.

We have plenty of examples of creative applications of geometry, from the elaborate patterns found within Islamic architecture to the complex fractals in Pollock’s drip paintings to the clean lines of modern interiors. Why is geometry such an enduring foundation of our work? How can we apply it in ways that not only appeal to our senses but also to our sense of well-being?

Pattern can be found everywhere in nature: tree branches, snowflakes, zebra stripes, nautilus shells. We’ve been studying these natural patterns since ancient times, and only recently have we really been able to explain them with mathematics, physics, and chemistry. Perhaps it’s this mystery and complexity that draws us to geometric patterns in the first place.

The most commonly-found natural patterns are: 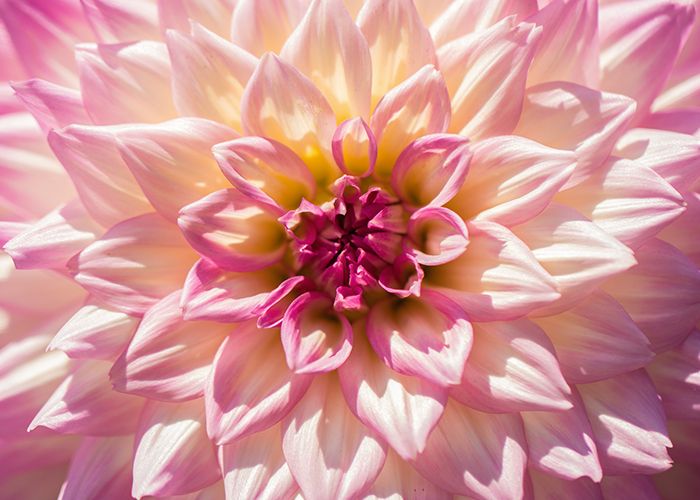 Flowers have a natural symmetrical structure. 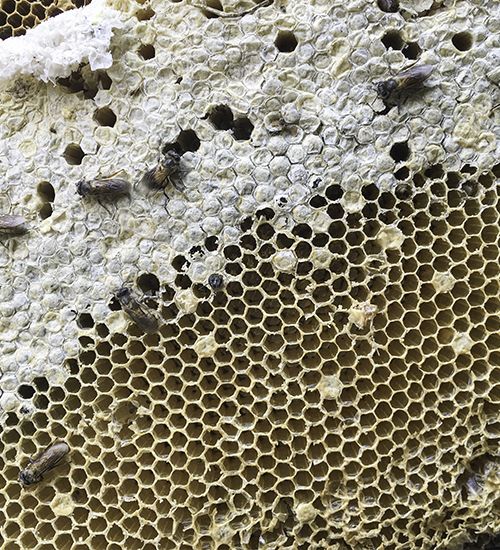 Bee honeycombs are a natural tessellation of small hexagons. 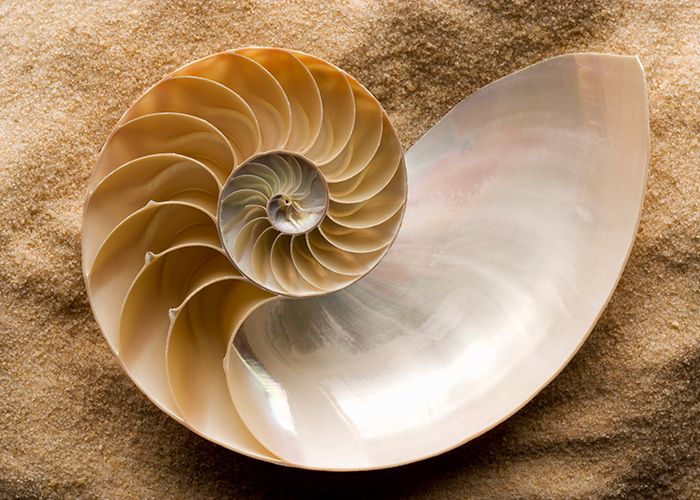 This bisected look at the inside of a nautilus shell show the spiral inside – a perfect example of the Golden Ratio. 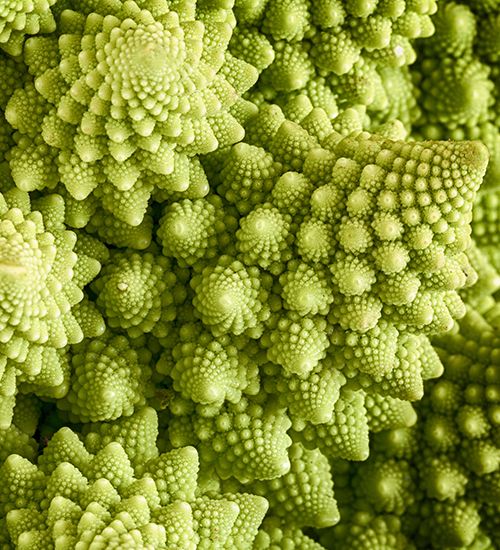 Bringing the outside in with biomorphic patterns

Research shows that views of nature have an impact on our psychology and physiology. Likewise, natural elements and even representations of them using Biomorphic Forms & Patterns create spaces that are “comfortable [and] captivating…”1

Connecting to nature in this way allows us to draw on geometric design patterns for inspiration. Avoiding right angles and straight lines for more organic movement within a space or using the Fibonacci series to create proportion are two examples of applied geometry in design.

From large, 3-dimensional structures that evoke honeycombs to cosmetic details that mimic vine growth, Biomorphic Forms & Patterns bring nature to life and reduce stress within our environment. And, it works at a large or small scale.

What are some easy ways to apply this biophilic design pattern? 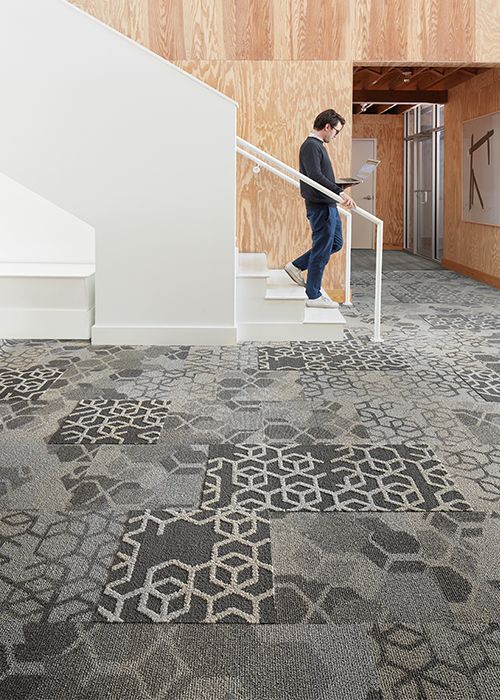 Biomorphic patterns (such as honeycomb-like hexagons) create interesting spaces through the application of tessellations. Product shown: Let It Bee collection

Where geometric patterns and biophilia meet

Geometry also comes into play through the biophilic design pattern of Complexity & Order. Rooted in research on fractal geometries, Complexity & Order concerns our responses to fractals in nature, art and architecture.

In spaces that utilize Complexity & Order, we tend to feel less stress and more engagement. This is because they reveal rich sensory information similar to what we encounter in nature – the sweet spot between uninteresting and over-stimulating.2

How do we apply Complexity & Order to a space? 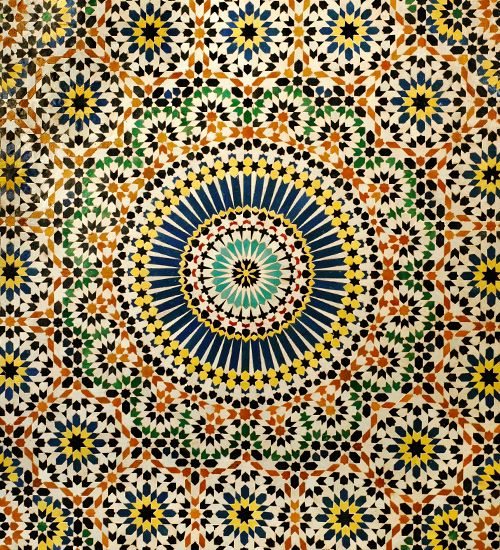 An obvious application of geometry in design (and Complexity & Order) can be found in Islamic art and architecture. Think: bold-colored kilim carpets, Moroccan tilework and star-covered mosques. 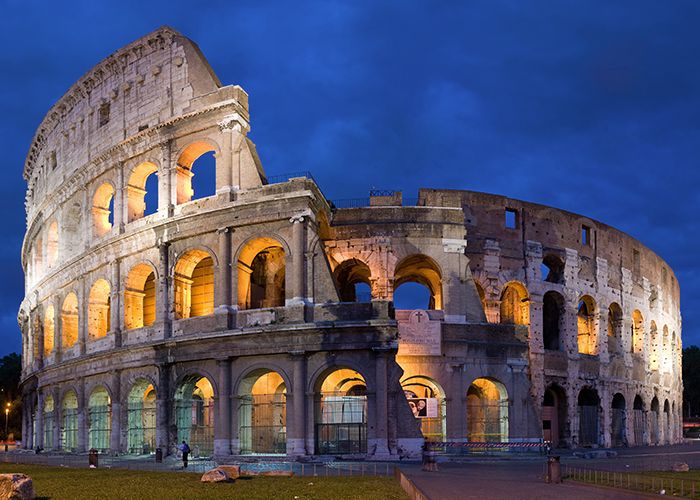 Fractal patterns seen in the archways of the Roman Colosseum. Photo by David Iliff, via Wikimedia Commons 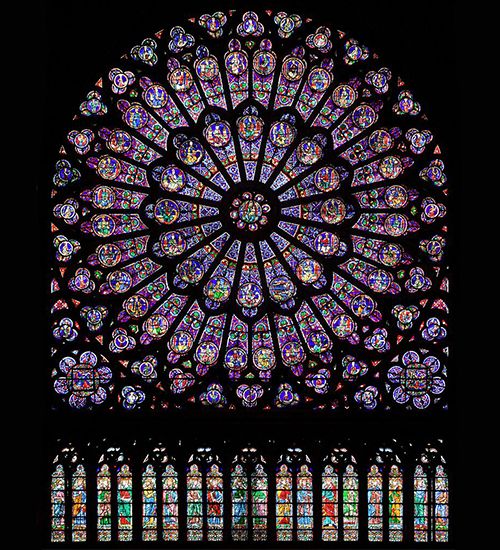 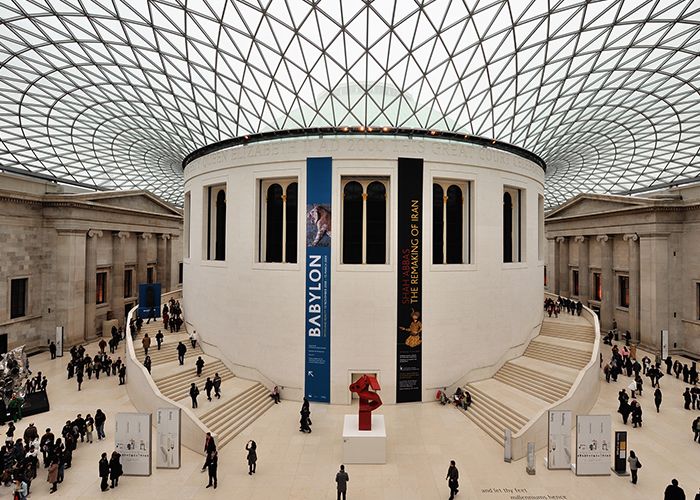 The open court and glass dome of the British Museum features a symmetrical layout and exposed glass framing in a geometric pattern. Photo by Eric Pouhier, via Wikimedia Commons

Humans instinctively gravitate to visually interesting spaces. By understanding the mathematics behind complex design and using nature as a guide, we can bring more of what’s outside into our built environment.

2 responses to “Why Do We Rely So Much on Geometry in Our Designs?”

A Week at the 2017 London Design Festival
Event

A Week at the 2017 London Design Festival

Take a trip with me to London and see the design world’s latest and greatest. London Design Festival hits the streets of London in September every year, occupying different design districts across town. So get your Oyster card or wave down a black cab, because I’m taking you back and forth across the city all…