Graffiti Art with Carpet Tile: Adventures in Color and Rhythm with Mr. June

Across the world, there are artists, designers and other creatives that leave their mark using color. Meet David Louf (aka Mr. June): a Dutch artist who started doing graffiti art in 1985 at the age of 14. Now, over 30 years later, he runs his own graphic design studio with Yves van Asten and is still fascinated by the transition between 2D and 3D. Over the years they’ve worked for a wide range of companies, including Adidas, Heineken, Sanoma and Universal music. David’s murals can be found in places like London, New York, Miami and Ibiza. 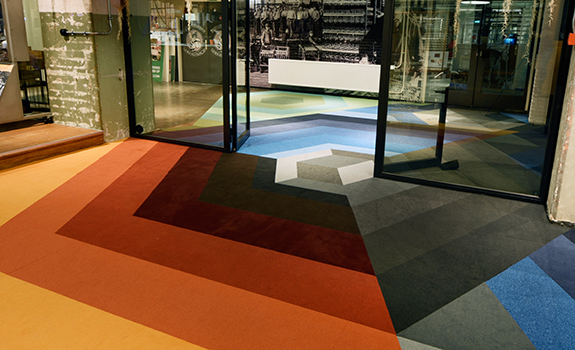 Creating a third dimension
Mr. June’s work combines geometric rhythm with fluid lines. His use of shading creates an impressive 3-dimensional effect, often interacting with the intricacies of his “canvas” – the building he is enriching with his art. 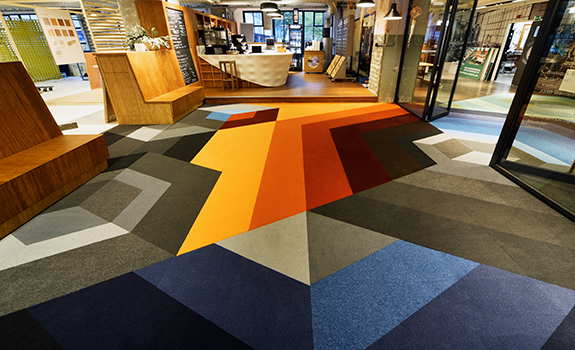 Mr. June meets Interface
Our team in Europe was lucky to collaborate with Mr. June for the 2016 Dutch Design Week. Mr. June replaced graffiti art with carpet and created a mesmerizing pattern of shapes and colors, fitting with the “Modular Geometry” trend that references the Memphis style from the 70s. To create the piece, many carpet tiles were cut into small pieces and positioned to create an out-of-this-world appearance. The piece was installed in Broeinest, a co-working space in Eindhoven. By positioning the rug beyond the entrance of the space, the piece attracted the interest of many passers-by. 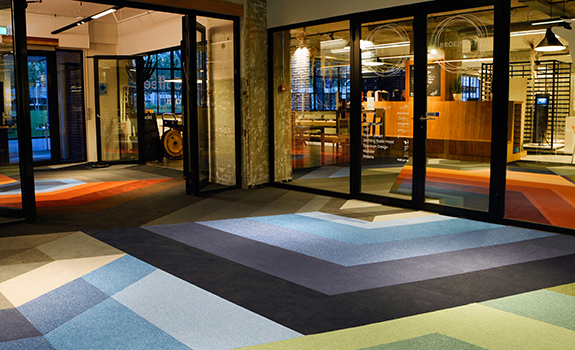 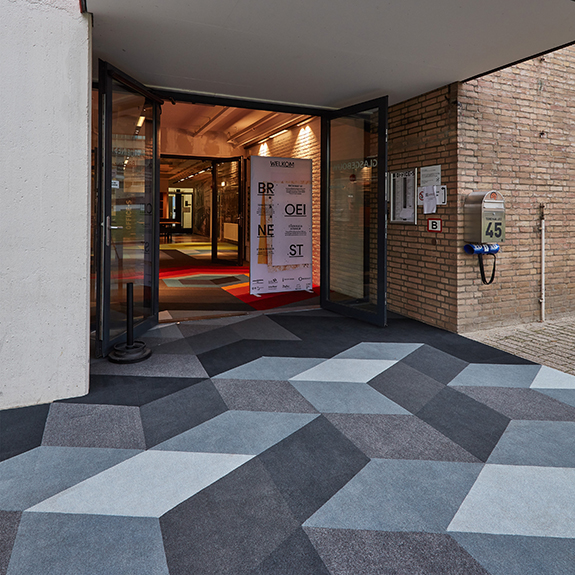 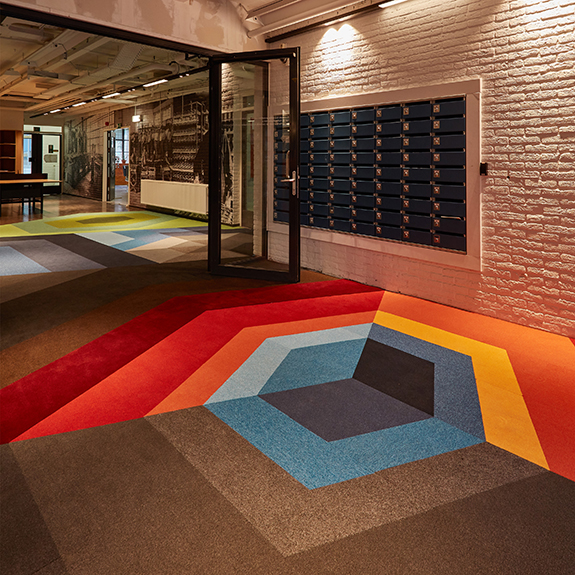 A Week at the 2017 London Design Festival
Event

A Week at the 2017 London Design Festival

Take a trip with me to London and see the design world’s latest and greatest. London Design Festival hits the streets of London in September every year, occupying different design districts across town. So get your Oyster card or wave down a black cab, because I’m taking you back and forth across the city all…

Most of the time, we strive to keep our work life and our personal life separate. We carry two separate phones, we don’t answer emails after 7 pm on Friday nights and we try not to inundate our partner with the daily office happenings over pasta dinner. The biggest exception is – my work life…