How Design Inspires Creativity in the Workplace

We’re all born with varying degrees of creativity. Enlightened by the digital revolution and the subsequent development of mobile technologies, employers prize creativity because it directly correlates to increased ideation and innovation.

Companies that want to be competitive and innovative in today’s market are turning to workplace design as a solution to boost creativity. Designers, manufacturers, and end-users are embracing a new design aesthetic that acknowledges the dichotomous reality of the contemporary workplace: the space needs to lend itself to plugged-in collaboration and be a respite for solitary work; there needs to be elements that elevate high-tech innovations but not at the expense of tangible, high-touch comforts. 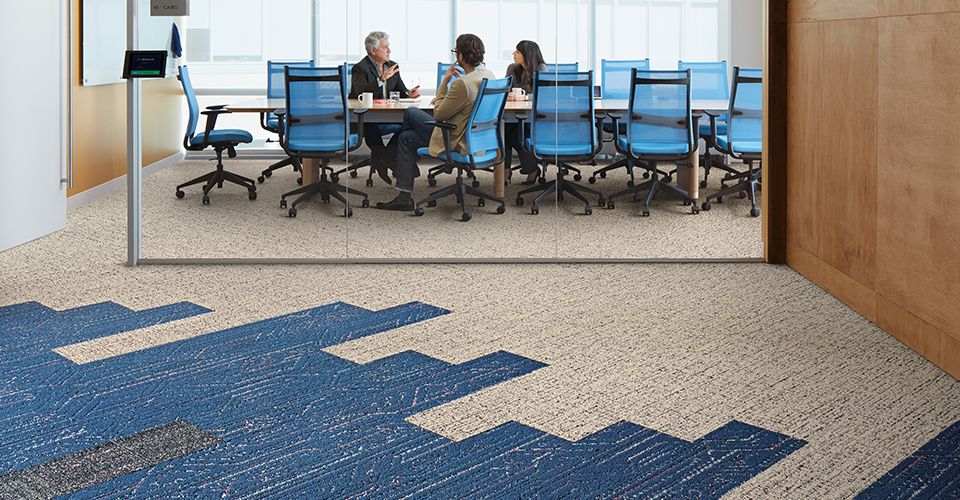 Visual Code series in Circuit Board, Stitch Count, and Haptic.

Rapidly, the design community has responded by envisioning projects and products that honor the creative urge in all of us and seek to hone that drive into an even sharper expression of what the contemporary digital workforce is able to accomplish.

Contract flooring industry leader Interface has turned their attention to designing products that strike a balance between sensorial touches and high-tech gadgetry looking to boost creativity through contemplative design.

“The way our world is right now calls out for reconciliation between technology and our need to be human with sensory experiences,” says Mindy O’Gara, director of product styling at Interface. “Whenever we put out a new product, it’s important to consider, ‘How does this product engage with not just our senses, but our emotions as well?’” 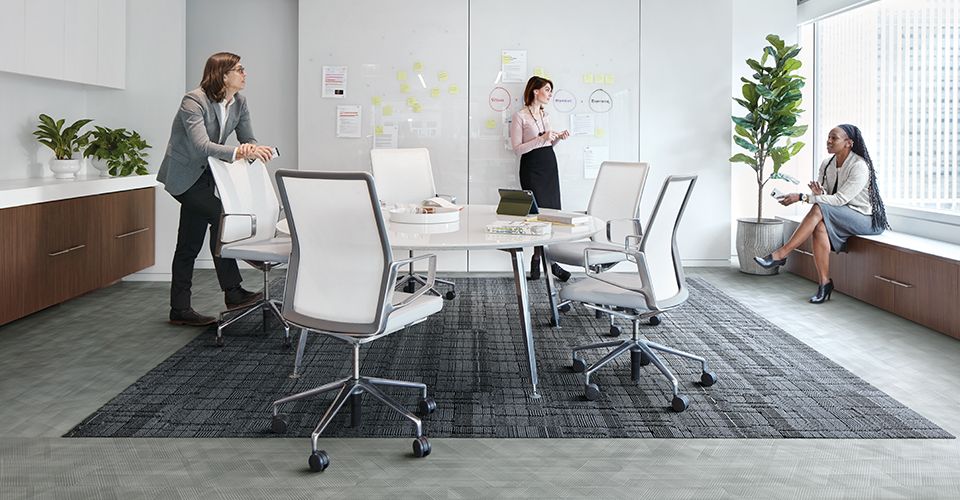 At the same time, a new process has allowed Drawn Lines LVT to feature a filament-fine linear matrix. Designed by Kari Pei, Lead Product Designer for Interface, its pattern deftly alludes to geometric motifs found in both manmade structures and mineral compositions. 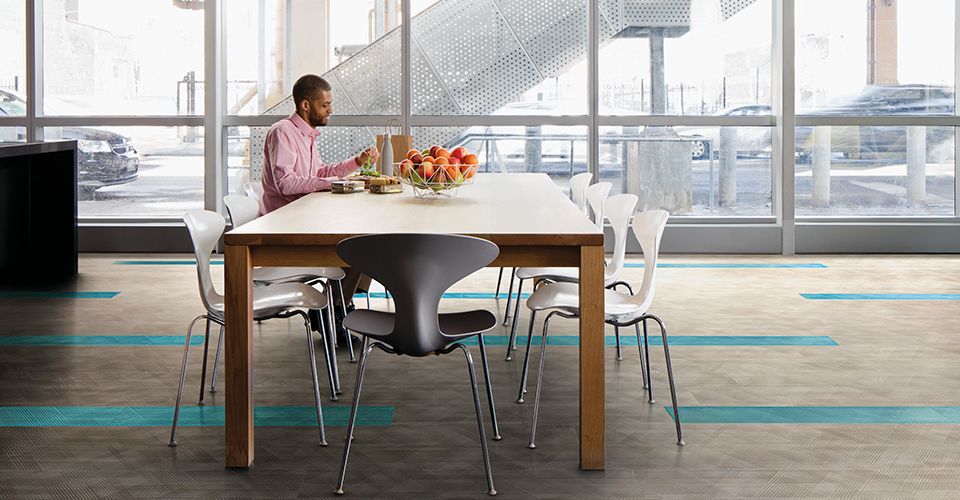 Drawn Lines in Bronze and Aquamarine

“Technology enables great connections and people can accomplish remarkable things when aided by it, but it can also make people feel disassociated and isolated,” explains Gretchen Wagner, a designer at Interface. “We think that natural and human elements can trigger softer, less contrived emotions. And that’s ultimately what stimulates a creative workspace.”

2018 design trends spotted at Clerkenwell Design Week in London and NeoCon in Chicago featured a modern mash-up of both strength and softness. From colors and patterns to materials and usage, exhibits reiterated contradictions we’ve been seeing that reflect society’s balance of high-tech vs. low-tech. Clash of color Intentionally awkward color harmonies continue to be…

How Is Technology Affecting Design?

How Is Technology Affecting Design?

Change happens fast. With technology, change happens even faster. Our devices have become second limbs, ingrained into every facet of our lives. Technology has transformed our global culture in ways we could never have anticipated. It connects us. It makes our lives easier. On the other hand, it can also polarize and isolate us. It…