From climate change and congressional standoffs to global unrest and gridlock, it’s easy to cite what’s wrong with the world. The tough part is looking squarely in the face of what’s negative and turning it into something positive. But those who take on the challenges of changing minuses into pluses are often rewarded with a domino effect of positive energy-and addressing the biggest problems often yields the most powerful results.

A case in point is Ryan Gravel, who has turned an overwhelming dilemma into an extraordinary movement for transformative change. An urban planner and the author of the book Where We Want to Live, Gravel reflected on the devastating results of post-war urban sprawl and the increased use of automobiles on his home city of Atlanta and proposed alternatives for revitalising aspects of its defunct and abandoned infrastructure for his Master’s thesis while attending Georgia Tech.

A few years later, while working as a planner for a firm that focused on mixed-use urban infill projects, he shared his thesis ideas with colleagues and managed to spark a grassroots revolution among local residents and influencers that now promises to transform a wasteland of abandoned railroad tracks known as the Atlanta Beltline circling the city into a wonderland of conservation and revitalised communities with an emphasis on a connection with nature. 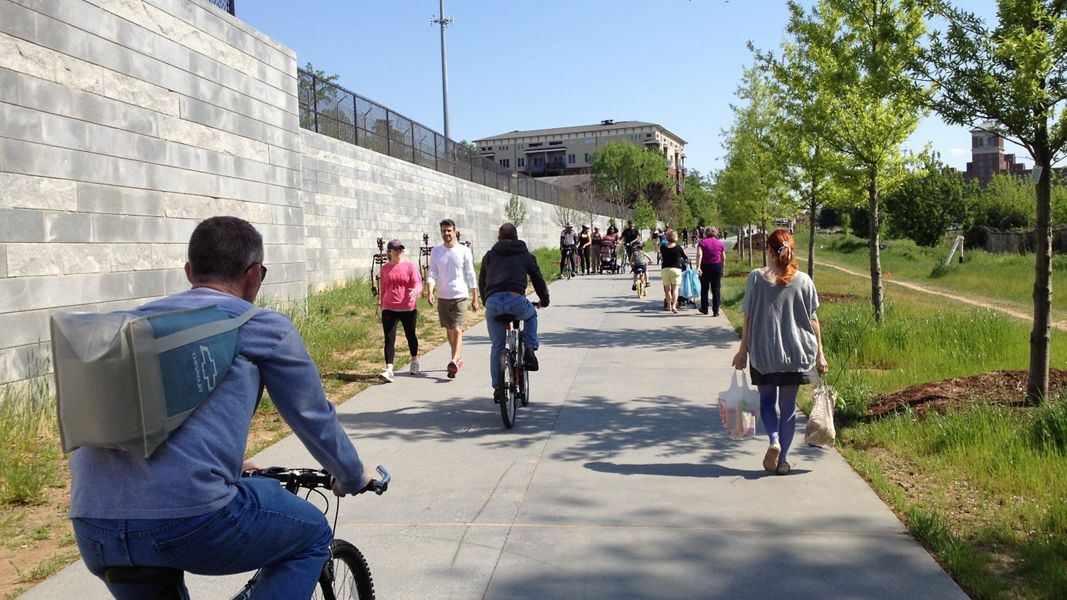 “Early on the old railroad loop that was built after the Civil War contributed to the city’s growth and was supported by a trolley system,” says Gravel. “But with the shift to cars after World War II, the 22-mile belt defined by the railway tracks, which linked over 45 neighbourhoods and encompassed 4,000 acres of obsolete industrial areas, was left behind,” he explains. “These industrial areas and communities were abandoned by urban sprawl, and declined into contaminated brown fields, where cars were burned, toxic fluids were drained into creeks, and neighbourhoods suffered blight. Yet, while I was living abroad in Paris for a year and walked or took subways everywhere, the relationship between our infrastructure and the quality of our lives became clear to me,” he adds.

Seeing the negative impact of the forsaken industrial zone and derelict infrastructure not only on the physical environs in Atlanta, but also on the social and economic health of the city, Gravel envisioned transforming the beltline on a large-scale with what he describes as “a greenway of trails, parks, and continuous bike loops,” that would repurpose the infrastructure and support an improved way of life.

Not unlike the celebrated High Line in New York, where a group of conservationists spearheaded the conversion of an abandoned 1 1/2-mile elevated railroad track on the West Side into a beloved walking park, or portions of the bereft concrete Los Angeles River channel, which was built in the 1930s to contain the man-made river that originally gave the city its raison d’être and has gradually been reclaimed with parks, bike paths, and public art along with additional plans from architect Frank Gehry to further transform it into a place where car-dependent residents can commune with each other and with nature, the Atlanta Beltline project aims to improve the lives of current residents by reimagining the infrastructural relics of the city’s past. And thanks to Gravel’s grand vision and the passion of the people who have supported it, the Atlanta Beltline project has become one of the country’s most ambitious projects for reintegrating obsolete infrastructure into the urban fabric and making it a living part of how people live today.

Getting government on board

Since the grassroots movement for Gravel’s ideas began to unfold in 2001, legislation and tax bonds for investment were passed and $400 million in private sector support has been raised to help activate the transformation of the Beltline, which Gravel expects will result in $3 billion in private sector growth as the project unfolds. In addition to attracting a new wave of businesses out of the suburbs and back to the city to accommodate the lifestyle preferences of a new generation of workers, the project will also help to reduce dependence on the use of cars by enabling people to walk or bike to work and saving lower income people money by reducing their transportation costs.

Gravel also sees the project resulting health benefits for the community on both a mental and physical level. “Dick Jackson, the director of the CDC in Atlanta, believes that an active life style can do more for good health than any prescription,” adds Gravel, who also points to the “nature” component of the project’s parks offering mental health benefits as the old infrastructure gradually morphs into a current reflection of how and where people want to live. 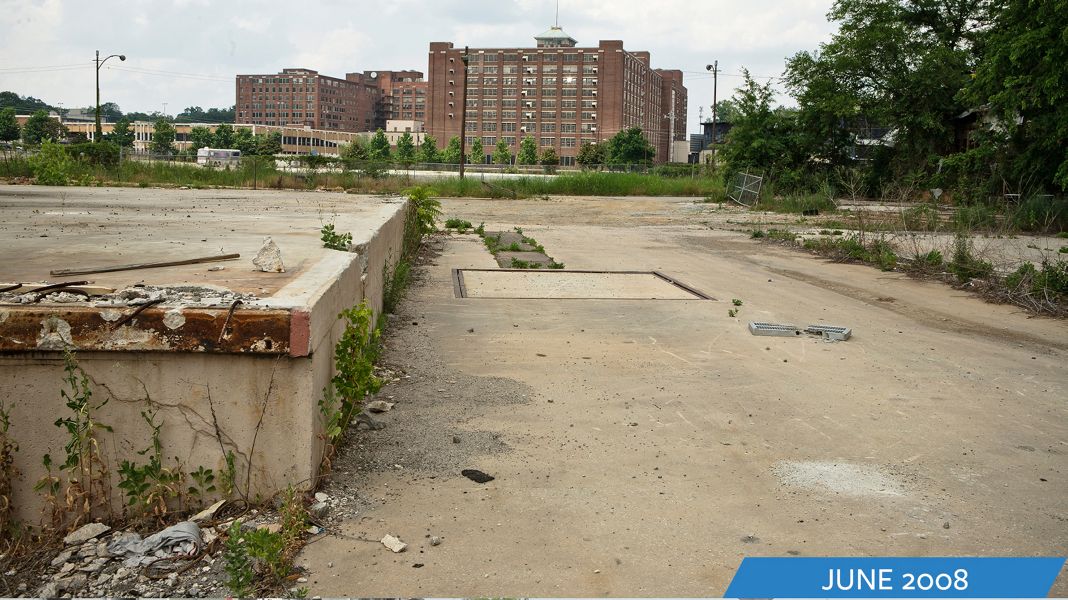 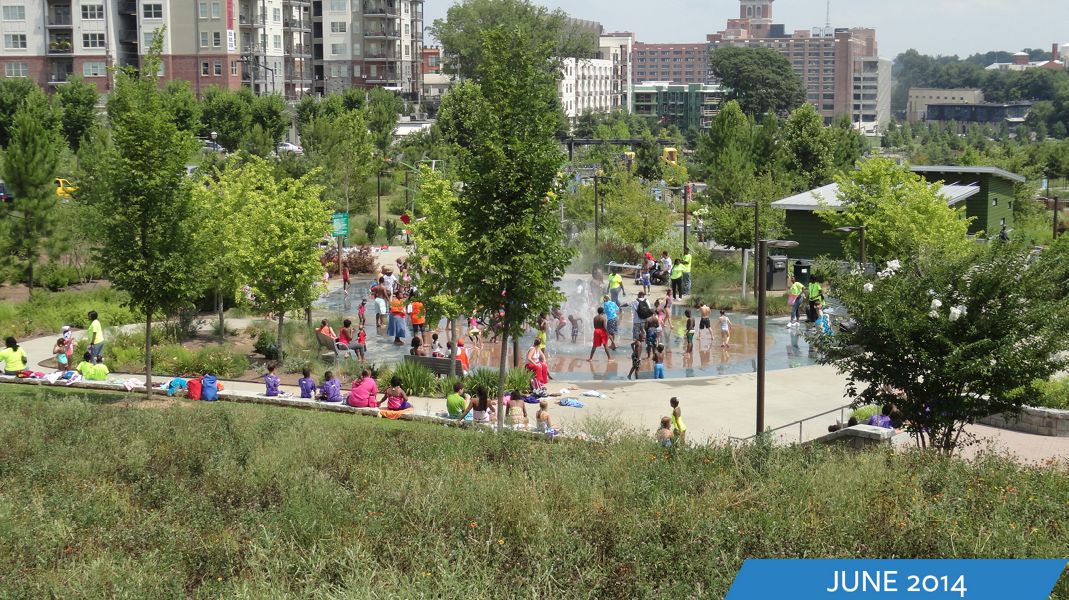 So how can the rest of us follow Gravel’s lead and serve as positive change agents in our own communities? The author offers eight essential takeaways in his book that can serve as guiding principles to stimulate positive change. Among the most important lessons, he says, is realising that “bigger is better.” As evidenced by the results of his own vision, “big ideas bring in partners that make projects robust and expands constituencies,” he says. Another key to success is to include everybody in the vision. “Instead of promoting ‘top-down’ projects, you want to play a catalyst role with design for everyone-bikers, joggers, skateboarders, shoppers, and residents-not just drivers,” he adds. Another critical component is to envision projects that promote a sense of authenticity. “With sprawl, everything looks the same-reimagining an existing element connects you to what’s special and unique about a city,” he explains.

By embracing similar attitudes, it’s easy to imagine how we all might become everyday forces for good and transform problems-both large and small-in similar ways.

For more information on Gravel’s book and his ideas, visit https://ryangravel.com/book/.

Even when craftspeople are working to a pattern, handspun or woven textiles are one-of-a-kind items — small variations make each one unique. Saori weaving, created by Misao Jo in 1968, celebrates this idea of random beauty. Unlike other handweaving techniques, Saori is completely freestyle with no rules, restrictions, or samples to follow, and where a…