Where we learn matters. On the face of it this might seem like an obvious statement. There’s no questioning the fact that the UK is home to some of the best universities in the world. In fact, four of the top 20 universities in The Times Higher Education World University Rankings 20181 are in the UK, with the top two places taken by Oxford and Cambridge. But how the UK reached this position of putting education first and how we maintain it provides food for thought, for not only those directly involved in educating future generations, but also architects, designers, estates managers and contractors.

During this year’s Clerkenwell Design Week, we hosted a discussion at the Interface showroom around the future of design and sustainability in higher education. Iain Patton from the Environmental Association for Universities and Colleges (EAUC) called for a new relationship with the people who are building and designing spaces for learning, stressing the need for interdisciplinary innovation. In essence, he pointed out that great design and great teaching aren’t enough on their own, they must co-exist in order to succeed. 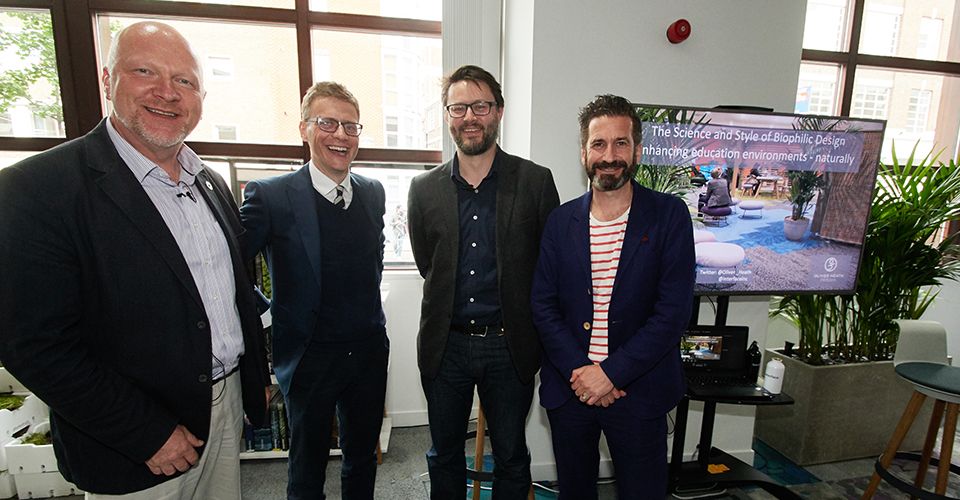 One of the key issues to run through the event was the need to engage the people using the building in the early stages of its design. There’s no point planning a beautiful, award winning building if it doesn’t serve the needs of the students, lecturers and administrators occupying it day-to-day. Gavin Robinson from architects Sheppard Robson, who talked through the transformation of Old Marylebone Town Hall into a new facility for London Business School, explained simply that you must engage the end user to get buy-in when the building is in use. Design expert Oliver Heath called for a level of interpretation around this issue. He believes that we have to engage people in the process by asking them what they want and how they feel. Then it’s down to architects and designers to take that information and feed it into their plans and create spaces that students want to be in.

Of course, sustainability was one of the focal points of discussion and how to integrate it into higher education settings. Paul Begley from the Cambridge Institute for Sustainability Leadership (CISL) – who moderated the event – opened by identifying the need to establish a strong connection between learners and the environment in order to advance educational attainment and equip the next generation with the skills and willingness to protect, respect and restore the environment. He added that in most instances the way we build our schools and universities is neglecting this critical connection. EAUC’s Iain Patton argued that we have to show the value of sustainability to key decision makers and it is an issue which has been side-lined for too long. In fact, Oliver Heath noted that sustainable design which incorporates factors such as biophilic elements, can even be used as a competitive edge among institutions and establishments. 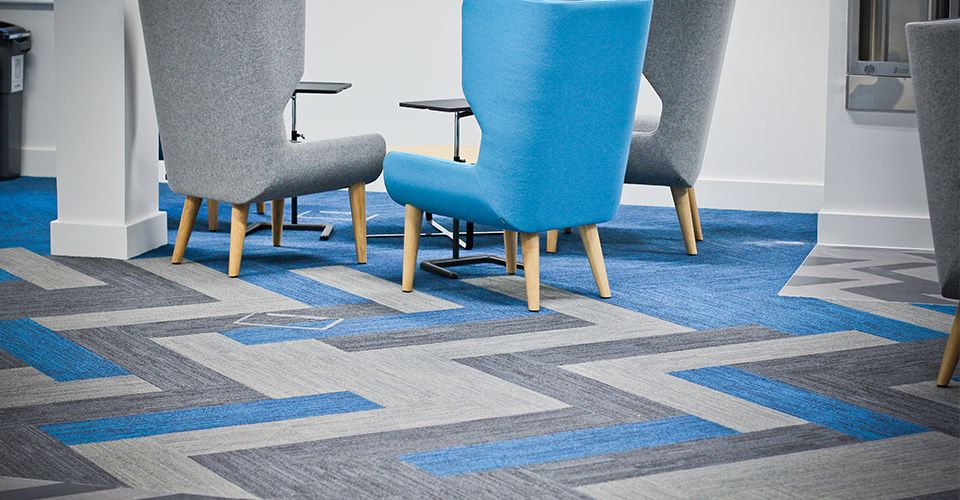 At Interface, we understand the need for this competitive edge. In order to attract and inspire a new generation of students, who are more discerning than ever, universities have to provide environments which are engaging and create the best conditions for learning and innovating. Our ethos of creating +Positive spaces across education settings feeds perfectly into this approach, because where we learn really does matter.

Read more on the benefits and importance of creating +Positive spaces in education environments. 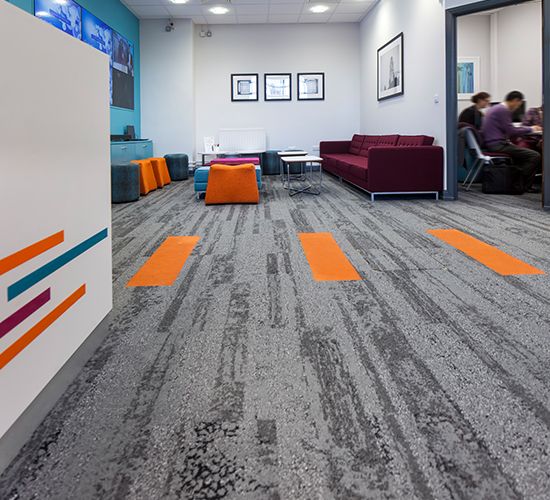 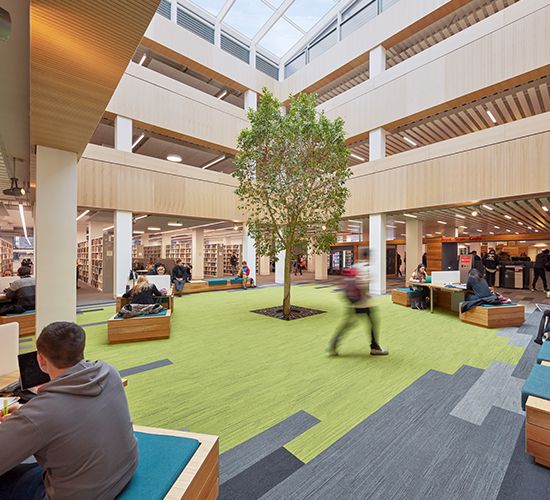 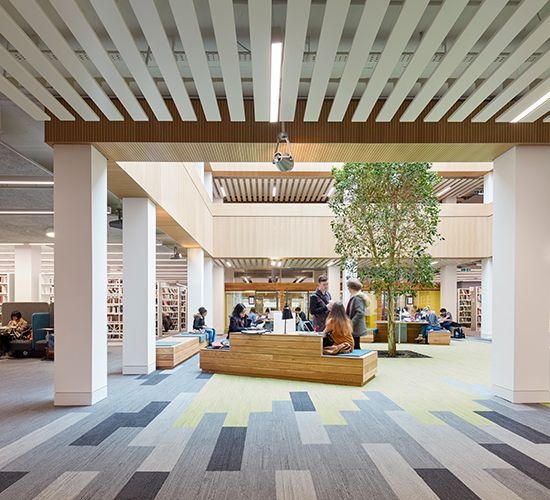 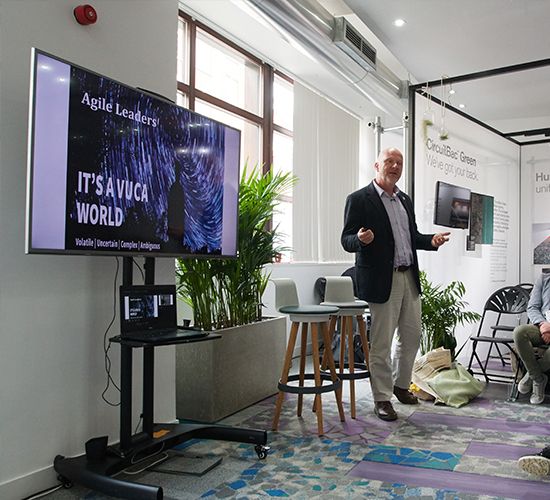 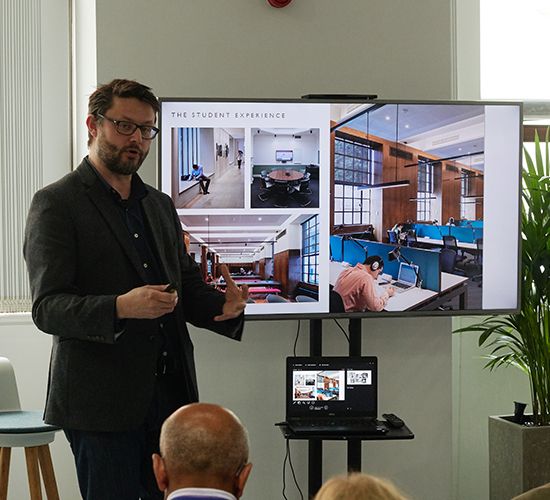 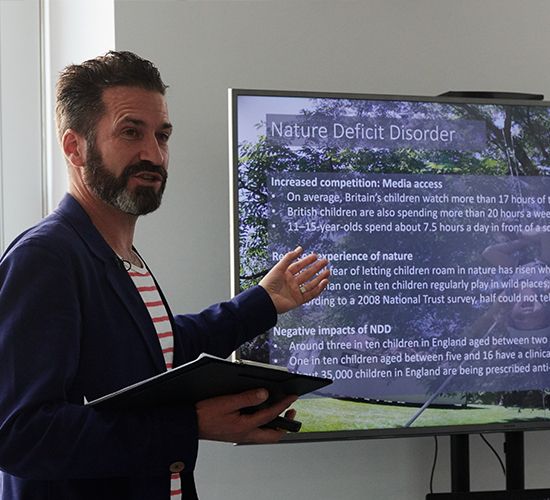 When refurbishing the Water Sciences Department at Cranfield University, Tracy Flynn, Development Project Manager, wanted to create a flexible space that would provide staff and students with areas to work independently, as well as places where they could work collaboratively to discuss ideas. Tracy was keen to use the principles of biophilic design – which…

In my earlier article I outlined the benefit of biophilic design in educational settings and showed you a lovely example of St Mary’s infant school designed by Jessop & Cook imbued with biophilic principles. Further research shows that optimising exposure to daylight alone can improve school attendance by an average of 3.5 days/year and test…