Carbon itself is neither good nor bad. It is a question of how we understand it and how we use it.

Trying to work outside in the recent heatwave caused my iPhone to stop working until it cooled back down. Apparently, it’s not designed to cope with the increase in temperature.

Our planet is similar. Until recently, humanity has benefited from incredibly stable conditions which are essential for life to flourish. However, human activity has had an impact on this by releasing increasing amounts of carbon dioxide into the atmosphere causing the climate to be less predictable.

The science behind climate change is simple. Greenhouses gasses, such as carbon dioxide, are released naturally through processes such as animal and plant respiration. These gasses trap the suns heat in our atmosphere warming the Earth. This has created the climate required for humans and other species to thrive. However, industrialisation has increased the amount of these gasses in the atmosphere. This has led to too much heat being trapped, raising the Earth’s temperature, and disrupting the stability. These changes mean that it will be harder for humans, and all life on the planet, to survive.

Change on the Horizon

A change in behaviour is required to slow, and potentially reverse, the effects of a warming planet. The 2015 Paris agreement recognises this; and aims to limit temperature increase by promoting actions and investments needed for a sustainable low carbon future.

Across the globe we are seeing countries and cities respond to this with net-zero and carbon neutral targets. Both the EU and the UK have targets to be carbon neutral by 2050.

A Challenge for the Construction Sector

The built environment has a significant impact on climate change; for it is responsible for 39% of all carbon emissions globally. One challenge for the industry is that, until recently, we have only been looking at one part of the problem. There are two types of carbon that contribute to this overall figure: 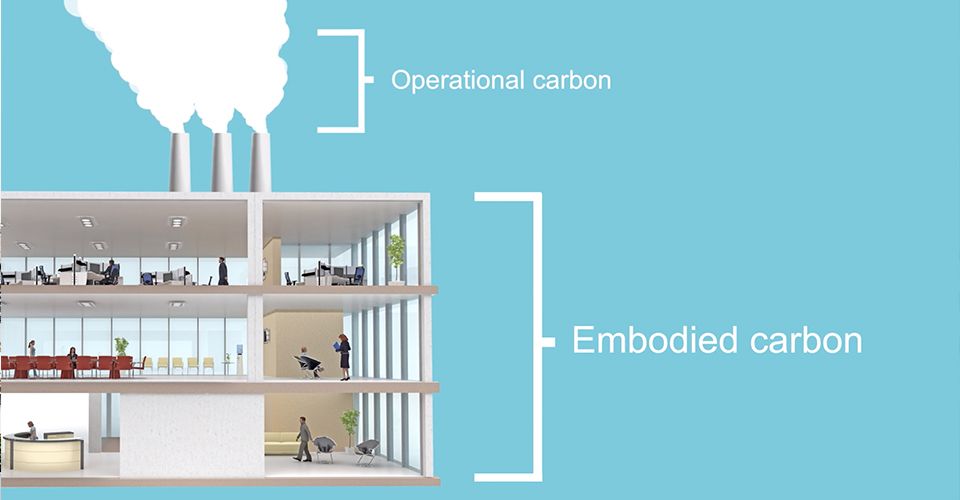 Operational carbon has been a focus for the built environment for some time. Standards and best practice, such as LEED and BREEAM, have addressed ways to improve energy efficiency of buildings; in turn reducing the operational carbon. However, it’s appears that with embodied carbon, there is a blind spot when it comes to embodied carbon. Architecture 2030 state that 49% of the emissions associated with all new construction between 2020 and 2050 will be embodied carbon.

Moving forward there needs to be an increased focus on embodied carbon. Manufacturers, like Interface, can have a big impact if they address the embodied carbon within their products.

One easy action to take is to find low carbon, or even carbon neutral, products and services. Achieving carbon neutrality is a key way manufacturers and companies can make sure they are not contributing to a warming planet. There are three steps to creating a carbon neutral product or service:

A healthy society and healthy economy require a healthy planet. By designing your business with carbon in mind, you can take a significant step toward a more regenerative future. More so than ever before as we emerge from the COVID-19 pandemic, the decisions we make now can, and will, change the legacy we leave for future generations.

A green recovery is one where governments and businesses put the environment at the centre of plans to rebuild the economy. The opportunity – an economic recovery that factors in cutting carbon emissions, protecting biodiversity, and building resilience by working with nature, rather than against it.

As carbon dioxide (CO2) levels continue to rise in our atmosphere, more and more companies are realizing they can make a difference by becoming carbon neutral. That is, ensuring their products or processes result in no net release of CO2 into the atmosphere.